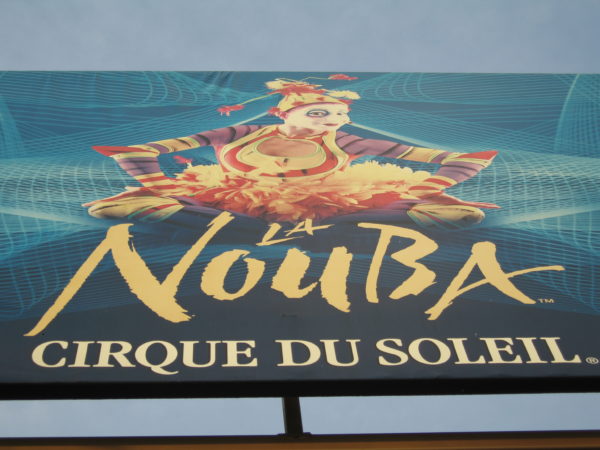 La Nouba premiered in Downtown Disney in 1998. It was the first Cirque du Soleil show to have a permanent location outside of Las Vegas giving Downtown Disney another reason to be a first-class destination.

The show is exciting with a mix of acrobats, gymnasts, and clowns all of which perform tricks in the air on the trapeze or the high wire. Over the past decade, the show has changed rotating in and out acts like jugglers, break dancers, and high-flying aerials.

As Downtown Disney makes the transition to Disney Springs, La Nouba is coming to an end. On December 31st, 2017, La Nouba will perform its last show.

La Nouba has run for a decade and performed 8,500 shows to over 10 million fans in its distinctive white tent at the far west end of Disney Springs.

While the performers were mostly seen in their tent, they also performed special events like Epcot‘s International Food and Wine Festival and in the community outside of Disney World.

The announcement came almost a year in advance of the closure so people who are planning vacations this year have time to buy tickets for the show and plan accordingly before it’s gone.

Disney hasn’t announced what will take La Nouba’s place, but it’s likely that a new show will be coming soon.

Cirque du Soleil La Nouba at Disney Springs is closing – will you miss it?