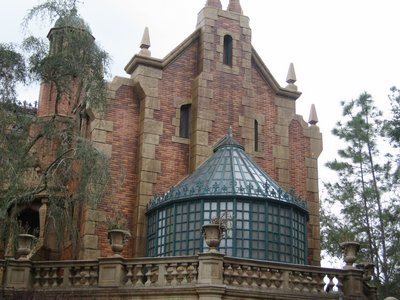 While it is true that both parks have many similar features, they are different from one another.

Matt Roseboom over at the Orlando Attractions Magazine website (Source) has written an interesting article comparing some of the key differences.  Let’s take a look.

But beyond that, each park has rides that you won’t find at the other.  At Walt Disney World you have rides like Dinosaur and Expedition Everest at Disney’s Animal Kingdom, the Rockin’ Roller Coaster Starring Aerosmith at Disney’s Hollywood Studios, and Spaceship Earth at Epcot.

However, at Disneyland you will find some one-of-a-kind classic attractions like the Matterhorn bobsled rides, Mr. Toad’s Wild Ride (which used to exist in Disney World but is now gone from that park), and the amazing Indiana Jones And The Temple Of Doom.

Since many of the visitors to Disneyland are local, the management there needs to do more to make the park attractive to people who are repeat visitors. This has led to the installation of holiday overlays.

What is an overlay? It’s adding new elements to an existing attraction for a limited period of time.

For example, Jack Skellington from the Nightmare Before Christmas is added into the Haunted Mansion for a limited period only around Christmas time. In the same way, special-effect projections are added to Disneyland’s version of Space Mountain for Halloween.

The Wonderful World Of Color has recently been added to Disney’s California Adventure theme park. The show, which features projections on water together with a wide selection of Disney music and stories, has received terrific critical review and has been wowing crowds for some time now. There is no equivalent at Disney World.

Video of finale of the Wonderful World Of Color at Disney’s California Adventure.
It’s an amazing show with an amazing soundtrack, and it’s only at Disneyland.

Well many people on the East Coast appreciate Florida’s weather, especially in the winter time, it in all honestly is not quite as ideal as California.  More moderate temperatures and less intense sun, together with less rainfall, allowed to the Imagineers at Disneyland to design many of the attractions and queues out in the open.  Florida’s intense weather – including hot sun and rain – don’t allow that on east coast.

Good Times On Both Sides Of The U.S.A.

Each park has its own unique character and individual experiences that make a visit a truly magical experience in a way that only Disney can deliver – whether it is on the east coast or the west coast.