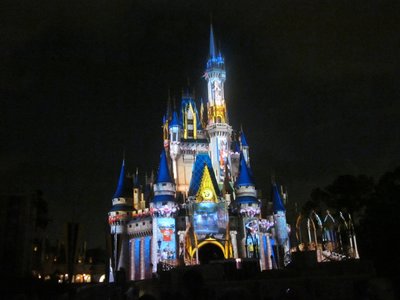 Is Universal’s Cinematic Spectacular A Rip Off Of Disney’s World of Color?

One involved in upgrade to the projection technology in the Spiderman attraction, and another dealt with a new parade. But the one that seems to have created the most buzz involves a new night time show featuring fountains and movie clips projected onto water. It seems suspiciously like Disney’s World Of Color show.

More About The Announcement

The thing that really has people talking, however, is Universal’s Cinematic Spectacular – a new nighttime show that will take place in Universal Studios Florida lagoon, which is located in the middle of the park.

So what exactly is Universal’s Cinematic Spectacular? It is a nighttime show that includes colored fountains and movies projected onto water screens. In that sense, it seems to be amazingly like Disney’s World Of Color at Disneyland.

The Same But Different

There are some differences in the arrangement of the show.

Is This Really A Rip Off?

To decide for yourself, first take a look at this clip of Disney’s World Of Color show:

Now, compare it to the video where Universal announced their show:

Personally, it does seem amazingly similar. It’s almost a bit hard to understand why Universal decided to settle upon a concept so similar to the one that Disney has used. Perhaps Universal recognizes the success that this new show has had at Disney’s California Adventure.

It is only fair to say that Disney did not invent the concept of a water fountain show. Bellagio’s Wonderful Water Fountain Show in Las Vegas came before Disney’s show and is impressive. It also uses much of the same technology that Disney does – although Disney did take the technology to a new level with color and image projections.

The concept of a water fountain show has become popular. There are firms that specialize in their design and installation. A company called Acquatique Show International actually assisted with the Wonderful World Of Color show at Disneyland (Source), it has also done shows in France, Germany, in Dubai. They have some amazing abilities to design and create shows with water fountains, lights, projections, and even fireworks. You can check out some of their work on this video: