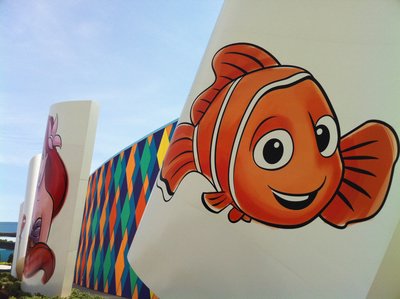 Is Disney Not Investing Enough In Disney World?

Many of the recent headlines have focused on the huge investment that the Disney Company has made on the west coast of the United States. Reports say the company invested $1 billion in reworking the struggling Disney’s California Adventure park, with nearly $200 million of that spent on the new Cars-themed attraction called Radiator Springs Racers.

Not Enough At Disney World?

Is Disney skimping on Disney World, leaving those of us who love the east coast park with little?

While I would love to see Disney open a few more major E-ticket rides throughout the Florida resort, when I step back I can see that Disney actually has and is investing huge sums of money in Disney World. It may just be bit harder to see.

You see, when Disney spends $1 billion at the Disneyland Resort, it is easy to see the results because the parks, hotels, and Disney Springs are compressed into such a small space of about 500 acres – small at least when compared to Disney World. But when the company makes improvements at Disney World, they are spread across nearly 30,000 acres.

One of the biggest expansions in the history of the Magic Kingdom is starting to bear fruit – the new Fantasyland. Between the Enchanted Tales With Bell meet and greet, the Be Our Guest restaurant, the new Journey of the Little Mermaid attraction, as well as the newly themed Storybook Circus area with dual Dumbos, Disney has reportedly spent in upwards of $400 million to improve this park. And we are still some time away from seeing the Snow White Mine Train attraction. The Sorcerers of the Magic Kingdom interactive game was recently opened as well.

Disney is working to rework the Test Track attraction in the Future World section of Epcot. There aren’t yet any official opening dates, but the concept artwork of the upgraded ride seems very interesting – marrying customization options with a neon look. And the Agent P World Showcase Adventure replaced the aging Kim Possible game.

It wasn’t so long ago that Disney reworked the Star Tours simulator ride at Disney’s Hollywood Studios – now with amazingly well done 3D technology and rides that vary with randomly selected scenes.

There has been plenty of talk recently about the new Avatar land that is scheduled for Disney’s Animal Kingdom. Some reports say the project may be delayed or canceled, but others based on employment change notices seem to suggest the huge project is still underway.

Disney has reportedly invested $100 million in developing the new FastPass Plus system, powered by RFID technology, that will allow guests to book rides and experiences in advance, before even leaving for their vacation. They also invested a reported $350 million to open the new Disney’s Art Of Animation Resort. All this is in addition to many other transportation improvement projects Disney is doing.

In just this short article we’ve probably looked at well over $1 billion that the company has invested in Disney World. Are there still eyesores and opportunities for the company to do more? Certainly. Disney Springs and the poorly populated former-Pleasure Island comes to mind, as do many unused sound stages in Disney’s Hollywood Studios. And don’t get me started about the poorly maintained Disney’s Carousel Of Progress. And who wouldn’t want to see a new monorail line?  I could go on. I would always like to see more, but we are already getting plenty.