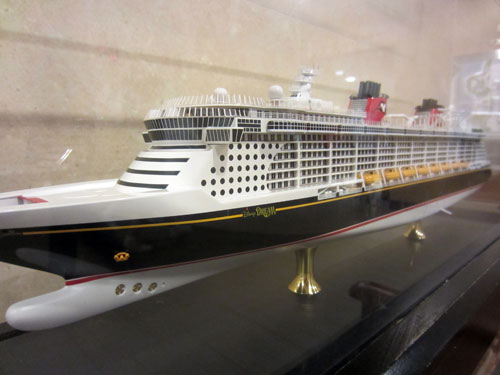 Is Disney Buying Another Island? Not Quite Yet

In 1994, Disney started working on creating their own cruise line. After a brief stint with Premier Cruise Line that allowed Disney characters on their ships, Disney tried to partner with Carnival and Royal Caribbean to no avail.

Disney initiated a land lease with the Bahamian government for $25 million for Gorda Cay, which is now known as Castaway Cay. Construction took about 18 months, and with this purchase, The Disney Cruise Line’s Magic made its maiden voyage.

This private island is largely undeveloped, but there are about 140 permanent residents who keep the island operational day to day. Twice a week, a few thousand people descend upon the island for an array of activities including bicycling, boating, pampering, snorkeling, parasailing, volleyball, and basketball not to mention the private beaches.

Castaway Cay is also known for its appearances in Splash and Pirates Of The Caribbean. Until now, Castaway Cay, which is exclusively Disney, has been the cruise line’s only private island.

In June 2016, a drilling rig arrived at Egg Island, an uninhabited 12-acre island with beautiful reefs and sandy beaches perfect for nesting turtles. The rig scooped up samples from the ocean floor as deep as 150 feet.

But the residents were concerned. When Disney developed the pier for Castaway Cay, they carried about 50,000 truckloads of sand from dredging and blasted coral with dynamite to make way for the huge ships. Bahamian residents say this island is like a sanctuary and they’d like it to stay that way. However, the island’s deep water access is what drew Disney to Egg in the first place.

Now, Disney is saying that, after careful review of the project, “the environmental impact… would be too significant” because the coral ringing the island would be damaged.

Disney Cruise Line has already announced that they plan to add two new ships to their fleet in 2021 and 2023. With another 6,000 to 10,000 people sailing weekly, another island might be in order, but it won’t be Egg Island.

Dating back to the days of Walt and Roy, Disney has always tried to compensate for anything they tear apart by helping out in other places. For example, the Disney Wilderness Preserve restored and preserved wetlands near the Florida Everglades. They are also working in Castaway Cay to keep much of the island undeveloped and restore some of what was affected by their drilling and blasting. Inside Disney’s Animal Kingdom at the Walt Disney Resort, guests can learn about conservation in Rafiki’s Planet Watch and the Conservation Station.

Is it OK for the Disney Cruise Line to develop islands for its own use?