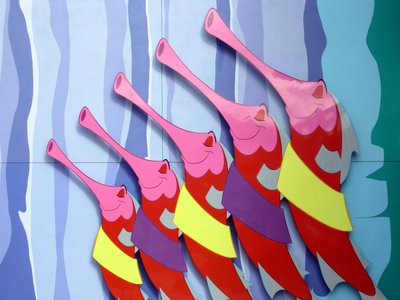 Interview With Tom Staggs, Chairman Of Disney Parks And Resorts

Disney fans all around the internet have an interest in learning what is going on at Disney World and the other Disney Parks and Resorts.  We love the rumors and information leaks.  But what better way is there to get information than directly from the man in charge – Tom Staggs, Chairman Of Disney Parks And Resorts.   In March 2012, Arnie Weissmann from Travel Weekly (Source) conducted an interview with Tom.  Here are some of the interesting tidbits we learned.

Aulani is one of the few Disney Resorts that is not connected to Disney theme parks.  The other one is the Disney Hilton Head Resort on Hilton Head Island, South Carolina.  Both are part of the Disney Vacation Club, along with many resorts at Disney World in Florida.  Tom said that he was very happy with how things were going at Aulani, and that the company was learning all they could from opening and operating the property.

That is good news, since things at Aulani haven’t always run so smoothly. In August of 2011 Disney fired three top executives from the Disney Vacation Club, including the DVC President (Source).  It seems that Disney uncovered some serious financial issues after an internal investigation discovered that the annual dues being charged would not cover the operating costs of the property.

About Avatar at Disney’s Hollywood Studios And Future Park Changes

The internet web sites have been buzzing about this new addition, or land, to Disney’s Hollywood Studios.  Early reactions to the announcement of Avatar coming to Disney were mixed, and now more recent announcement have said that there are creative and planning problems with the project – and that maybe even it was being canceled.  Subsequent reports seem to suggest that things are OK.  And we are still a long way from Disney completing the planning and breaking ground on the project, much less seeing tangible results.

Tom didn’t address Avatar directly, but did talk about how there are many huge projects underway, including the New Fantasyland at the Magic Kingdom in Walt Disney World, Toy Story Land at Hong Kong Disneyland, and a serious reboot plus Cars Land at Disney’s California Adventure next door to the original Disneyland.

When asked by the reporter if Disney had other plans for new parks, he basically said no.  He mentioned that everyone was focused on the development of Disney’s newest park in Shanghai, mainland China, which is scheduled to open in late 2015.

There is an entire ecosystem that makes a living around Disney World – from local hotels and restaurants off-property to travel agents around the world.  That is good news when Disney is your friend, but can be catastrophic if Disney suddenly becomes your competition.  Tom said that travel agents will continue to be important to Disney’s business, especially as they help customers sort through all kinds of information that is now available online.