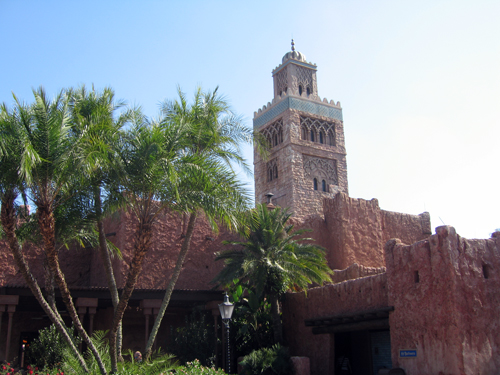 World Showcase is a favorite spot for many since there is literally no other place like it in the world. It’s also a unique spot on Disney World property. It doesn’t look like there are any hidden secrets, but just like every other Disney theme park, there are several things you may not know about World Showcase!

1- Most pavilions are not funded by their home countries

Walt Disney World originally intended for host countries to buy into a 10-year lease program proposing that the payoff would include increased tourism. Unfortunately, countries were not interested in this deal, and Disney relied on corporate sponsors like Coca Cola and Mitsokushi. Morocco and Norway, opened in 1984 and 1988 respectively, are the only two country pavilions that were originally backed by their national governments.  The government of Norway stopped funding its namesake Epcot pavilion in 2002.

As mentioned above, Morocco is one of only two countries to financially back the pavilion in World Showcase. In fact, the King of Morocco, King Hassan II, was so excited that he sent 19 artisans to design and build the areas including a Minaret, a lighthouse distinct to mosques, and the Fes House, which shows guests what a typical Moroccan home looks like. Have you ever noticed the cracked tiles in the Moroccan mosaics? They’re cracked because Muslim culture believes that only Allah can create perfection.

Even the novice Disney fan is aware of the forced perspective used all over Disney Parks. This is perhaps no more prominent than in World Showcase’s France. Since the Eiffel Tower is much smaller than it appears, Disney works hard to preserve this perspective by using bird repellant around the Tower. If a bird were to land on the replica, the forced perspective would be ruined.

4- Out of place landmarks

Walt Disney World may be a huge plot of land, but objects may be closer than they appear.

For example, near France’s Eiffel Tower, guests can see the art-deco-inspired Swan and Dolphin resort’s giant swans, dolphins, and triangular shapes. Unfortunately, these are not cleverly hidden in any way.

Much better hidden is Hollywood Studios’ Tower of Terror. Since Hollywood Studios is actually very close to the World Showcase, designers had to camouflage the building in the background by painting it a similar color to the buildings in Morocco and adding turrets to be sure that it blends in with the skyline.

Via Napoli is home to pizza that is the most authentic Italian pizza you can get anywhere outside of Italy. How do they make it taste so authentic? Disney imports water from Pennsylvania of course! The water in Pennsylvania is said to be most similar to the water in Naples, Italy, which is pretty acidic as opposed to the water in Central Florida.

6- Walk a mile in their shoes

Taking a stroll around World Showcase is not only entertaining and educational; it’s literally good for your health! Clocking in at about 1.2 miles, you’ll get plenty of steps in for the day even if consuming food and drink offsets the actual health benefits.

World Showcase has room for a total of more than 20 country pavilions. That’s ten more countries than the 11 that are included right now. There are six full wedges available plus space on either side of the American Adventure. If Disney decided to open space next to the entrance of the International Gateway or the events pavilion, there would be space for a total of 21 pavilions.

It is unlikely that the area next to the American Adventure would be developed since it would ruin forced perspective. What’s more, the events pavilion probably would not be turned into a country because the space is used during festivals including Food & Wine Festival and Flower & Garden Festival.

In 1982, Disney announced that Israel, Spain, and Equatorial Africa were “coming soon,” but none of these came to fruition. A small refreshment station known as The Outpost stands where Equatorial Africa was supposed to be. Other rumored countries included Puerto Rico, Russia, Switzerland, Venezuela, and United Arab Emirates. No new country pavilion has been added since Norway in 1988.

Do you think Epcot should add a new country to World Showcase?  Which one?
Leave your comments below.