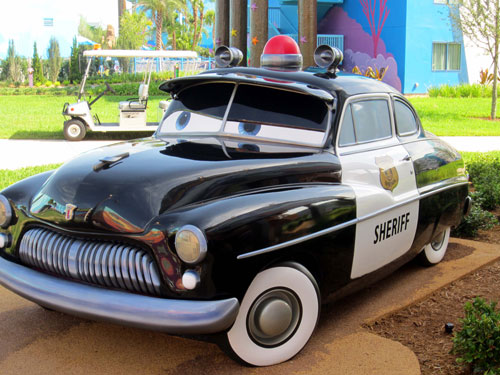 From 2011 to 2016, Reedy Creek Improvement District had a budget of about $1.5 million a year for security at Disney World. Next year, 2017, will see a budget of almost four times that at $5.6 million. Reedy Creek also has a contract with the Orange County Sheriff’s office in the amount of $8.1 million to provide additional support should the need arise. This insures that there will always be extra support available in case of an emergency.

While Reedy Creek is spending over $13 million for security in the theme park, The Walt Disney Company spends even more hiring their own law enforcement for the resort. The total amount the Company spends isn’t available, but it’s safe to assume that it’s a lot of money.

So where does all of this spending go? Well, we know that on-duty police officers are often the first line of defense and first on scene of an incident, but many people don’t know that these hardworking men and women often take security detail jobs in their personal time to make extra money for their families. Most of the security at Disney World is made up for these kinds of officers. Considering that Disney voluntarily pays their officers $40 an hour, $10 more than their union-required $30 rate, there’s an incentive to work for Disney.

Reedy Creek Improvement District employs over 60 deputies, detectives, and supervisors including eight officers on bicycle patrolling the newly renovated Disney Springs. Officers can be found in uniform and undercover at all four theme parks, two water parks, in all of the Disney resort hotels, and anywhere else on property. Sometimes they blend in so well that you don’t even notice them, and other times you’re very aware that they’re there.

After the terror attacks in Paris, all of the major Orlando theme parks including Disney World immediately installed handheld and walk-through metal detectors at the entrances to the parks, and there were armed police officers stationed in the parking lots, at the park entrances, and at the security stations where your bags are checked.

Florida Congressman John Mica said that, while Disney World may be considered a target because of the huge crowds and the ability to blend in, they have some of the best security in the business.

Disney has removed all toy guns from costumes and does not sell toy guns on property. They have also prohibited toy guns as part of any costume especially for guests over 14 years of age. While the major dress-up season of Halloween is over, security personnel will still use the metal detectors to scan guests who are wearing multiple layers.

The officers that work at Disney World are well-trained professionals. Their presence provides more than just the illusion or perception of security. They can and will protect guests both proactively and actively should something happen.

You can help by staying diligent yourself. Disney World may be the most magical place on earth, but bad things can and do happen. While security and Disney Cast Members do a good job of keeping these things secret so as not to worry us, we need to be aware of our surroundings and report anything that looks suspicious.

Do you think Disney World has adequate security in place?