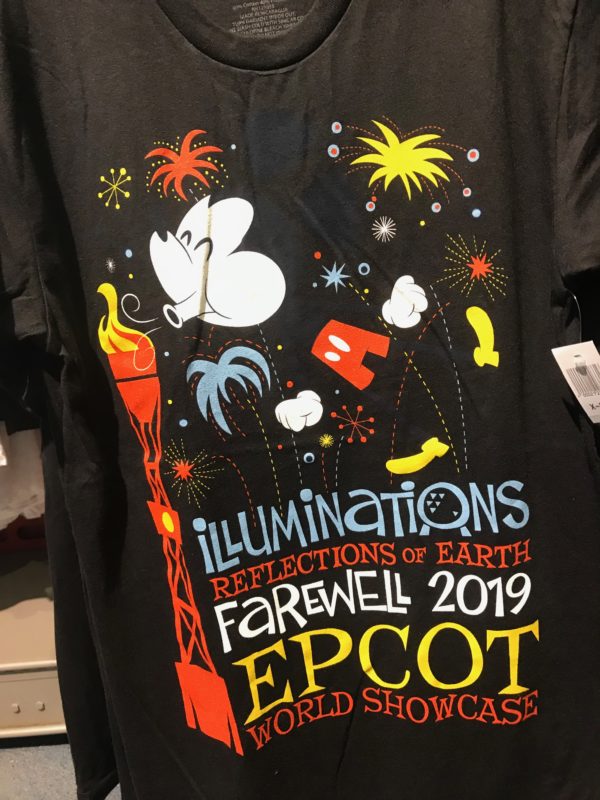 Illuminations has been delighting guests for two decades, but it will soon make its curtain call.

On October 1st, 1999, IllumiNations 2000: Reflections of Earth debuted on Epcot’s World Showcase Lagoon as part of the Millennium Celebration. The show was so popular both with fans and critics that Disney continued it with a minor name change.

Disney is not missing an opportunity to commemorate this momentous occasion with some exclusive IllumiNations merchandise, so let’s take a look!

On October 1st, 2019, which also happens to be Epcot’s opening day anniversary, Epcot Forever will premier. Disney says that it will celebrate the past, present, and future of Epcot. See how a “single “spark of Imagination”… started it all. Watch it grow, evolve, and transform into an epic nighttime extravaganza that stirs the senses and captures all you love about Epcot…”