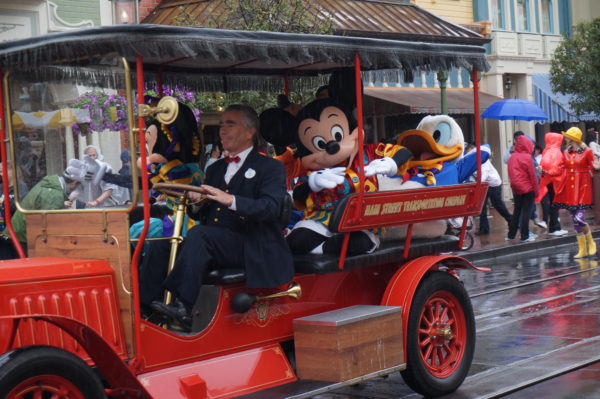 Dorian is a Major Hurricane: Is it Going to Disney World?

Hurricane Dorian is packing a punch as it sits essentially stationary over the Grand Bahamas. It quickly strengthened from a Category 1 storm on Wednesday to a Category 5 by Sunday when the most significant sustained wind-speeds to date were measured. It has now been downgraded to a Category 4, but even at this strength, a hurricane is capable of catastrophic damage to even well-built structures plus snapping and uprooting trees, which causes even more damage especially to electricity. Debris is likely to make travel difficult if not impossible. Watches and warnings have been issued for Florida, Georgia, and South Carolina, and several counties are under mandatory evacuation orders. Most models predict the storm to take a turn to the Northeast, which, if it happens, means that Florida will avoid direct landfall and the most devastating effects of the eyewall. However, strong winds, rain, and storm surge is still possible.

Fortunately, Disney World is around 125 feet above sea level and about 60 miles inland. It is a perfect location for the warm, sunny weather of Florida without being in too much danger from tropical storms and hurricanes.

What happens when a storm hits Disney World?

However, it does happen. Disney has a plan, and they’ve done this before. Disney World has closed their parks just three times in its nearly 50 years including for Hurricanes Floyd in September 1999, Matthew in October 2016, and Irma in September 2017. Even when the parks close, Disney resort hotels remain open. In fact, Disney World is a popular place for Florida Residents to go when there is such a storm threat.

When it’s safe for the parks to remain open, lines are short even days before the storm hits because several would-be guests decide to cancel their trip. If you can’t or don’t want to cancel your trip, you will enjoy nearly empty parks!

When parks do close, Disney funnels Cast Members into resorts. They are called the “Ride Out Team”, and they will bring some impressive Disney magic to the hotels including Disney trivia and character meet and greets that rival those in the parks.

It’s not all fun and games, though. Disney provides written instructions to guests staying during a hurricane event and keeps plenty of food and drinks on hand to keep you happy and healthy. What’s more, the structures in the parks and resorts are built to withstand hurricane-force winds.

Can I cancel without penalty?

Yes! Disney’s preparedness efforts include a comprehensive plan and a written hurricane policy, which states that a guest may reschedule or cancel their Magic Your Way vacation package and most room-only reservations without paying cancellation fees if a hurricane warning is issued for Orlando or the area where the guest lives within seven days of planned arrival. If you purchased tickets from a third-party, contact Disney directly for help with moving your dates or getting a refund.

This policy does not offer refunds or help with rescheduling for airlines and hotels not owned by Disney World.

What is Disney doing right now for Dorian?

Disney World just opened its newest land, Star Wars: Galaxy’s Edge in Disney’s Hollywood Studios, and they expected record crowds for this event. However, Hurricane Dorian has derailed these plans since word of its development hit the news on Wednesday. Social media has been running wild with guests asking for advice to leave or arrive early, ride out the storm, or cancel altogether.

At this point, it is unlikely that Dorian will make Florida landfall, but it will probably still see some of the effects of hurricane-force or at least tropical-storm-force winds. Disney says they are closely monitoring the storm, but that they are operating on a normal schedule.

Regarding Disney Cruise Line’s private island, Castaway Cay, Disney says that some Cast Members remained on the island, which is south of the most significant weather. They have experienced tropical-storm-force winds but are safe, and the island is well-stocked with food and water; the island is closed to guests at this point in time. Port Canaveral is closed.

Disney says the company and the Castaway Cay cast members, in particular, is ready to contribute to recovery efforts in the Bahamas once the storm has passed.

Check out this complete history of Disney World closures.

Hurricane near Disney World: Get out or ride it out?