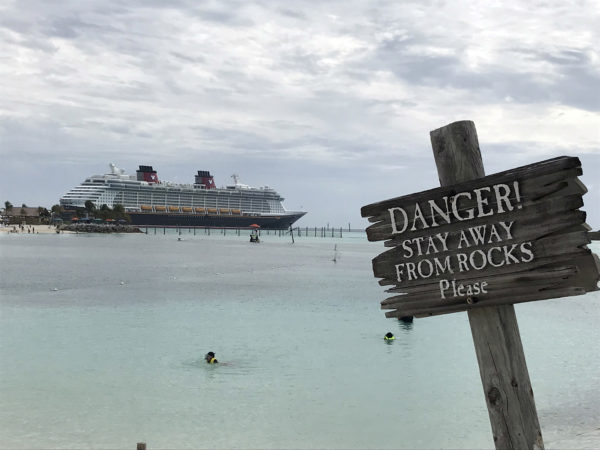 For nearly a week, Florida residents were warned that Hurricane Dorian was heading towards them, but the storm was moving so slow that it was really difficult to tell which direction the storm would take. Disney World closed on Tuesday afternoon and reopened Wednesday morning with only minor damage as tropical-storm-force winds swept through the area.

However, before Dorian, then a category two hurricane, skirted the Florida coast, it decimated islands in The Bahamas as an incredibly strong category five hurricane, one of the strongest that ever hit the area and the worst storm that ever made landfall in the Bahamas.

Disney owns an island in the Bahamas named Castaway Cay. This private island, which also saw tropical-storm-force winds, only sustained minor damage, but around 60 Disney Cruise Line Crew Members who live on Castaway Cay or surrounding islands remained there during the storm. Disney is now assessing the damage and providing immediate relief for these employees, some of whom live on Abaco and Grand Bahama Island, which took a direct and sustained hit.

The Walt Disney Company, led by Disney Cruise Line, is contributing $1 million to the recovery and relief efforts in the form of cash donations and food, construction materials, and other needed supplies to non-profit agencies.

Disney says that they continue to monitor Hurricane Dorian, and will offer more relief as needed.