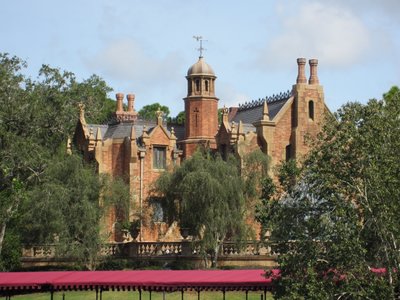 Stewart Spence, age 45, was a man living in the UK who had visited Florida a dozen times and loved Disney World. Unfortunately, he recently passed away after a difficult heart surgery and a long illness.

According to the Courier, a UK new site in Dundee, his family has plans to scatter his ashes around the Tree of Life at Disney’s Animal Kingdom during a planned vacation in June (Source).

Problem With That Plan

There may be a problem with that family’s plan. According to a report by CNN (Source), Disney spokesmen have stated that Disney does not provide permission to scatter human remains on their property.

Web sites like Mice Age and author Al Lutz (Source) state that there is an increasing trend to scatter ashes at Disney parks – especially the Haunted Mansion.  Lutz is a respected writer – he has been quoted on Disney topics in papers like the New York Times and the Los Angeles Times.

Lutz states that the police were once called and they confirmed that a powdery substance in the Haunted Mansion was indeed human remains. In fact, Lutz reports that the issue happens so often that Disney has had to train park employees on how to deal with it. He goes on to mention that Disney custodial crews clean up the substance with special HEPA equipped vacuums.

Lutz also states that Disney security and legal teams instruct Cast Members to never detain a park guest, so those who do scatter the ashes are never caught since they simply disappear back into the crowds.

But According To Police…

But if we ask the police and Disney spokesmen about the history of scattering human remains at Disney parks, we get a very different story.

My commentary: I have to wonder if nobody is caught is because the practice isn’t actually happening or because people aren’t being detained when it does happen.

Also ,the ABC article also states that Rob Doughty, a Disney spokesman, said that the park has never had a confirmed case of finding human remains.

My commentary: I’m sure Disney doesn’t want to confirm stories of human ashes in their parks. Not good press.

What do you think about human ashes in Disney parks?