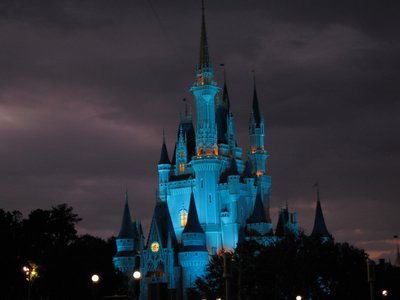 How Disney World Closes It’s Parks When They Get Full

Disney planned for the four theme parks that make up Disney World to deal with big crowds. Controlling the flow of people and moving them efficiently through shows and attractions is a hallmark of how Disney operates.

Official numbers on each park’s capacity are hard to come by since Disney doesn’t publish official capacity numbers. Some reports state that the Magic Kingdom can hold up to 100,000 people and that Epcot can handle 130,000 people. So it’s easy to image that the four parks could hold in upwards of 400,000 people – if they were all completely maxed out at the same time.

Even with that huge ability to deal with masses of people, the parks sometimes do close for capacity reasons. In the past all of the parks have closed due to capacity. The Magic Kingdom, the most popular theme park on earth, is mostly like to close. Epcot is normally the least likely to close because of its huge open spaces.

The busiest times of the year like Easter, July 4, Christmas, New Year’s Eve often see some level of closures.

When the parks get really busy, the parking lots are normally the first places that fill up. Sometimes Disney will redirect guests to different lots and provide bus transportation to your final destination.

In the same way that Disney doesn’t publish park capacity numbers, they don’t publish official rules for their closure process. However, several sites (like Touring Plans and WDW Magic) report a process that is split into four phases.

Here is how many people generally think the closure process works:

Admission is denied only to these folks, who are turned away at the parking lot entrance:

Admission is restricted to people who:

Admission is restricted to people who:

No more guests are admitted into the park.  The park is considered completely full and no more people can come in until some people already in the park leave.

What do you think about Disney’s park closure procedure?