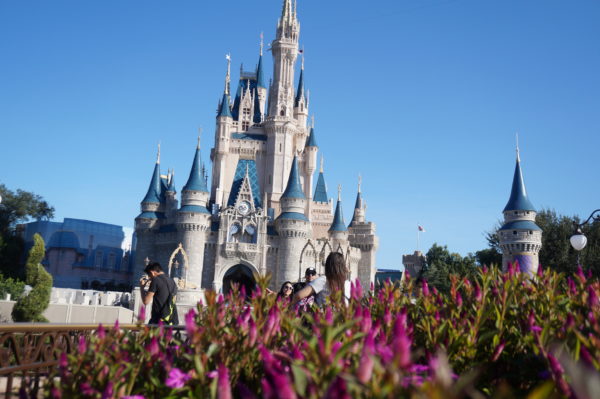 How Disney World Almost Ended Up in Palm Beach

If you know anything about the history of The Walt Disney Company, you know that, after Walt Disney built Disneyland, he wanted to build an East Coast park because he realized that not many people crossed the Mississippi River to visit Disneyland. It was an entire market he was missing out on, and Walt was not one to miss out on an opportunity.

While his Disneyland opening day was a bit of a disaster and he had already lost some money on some of his movies ventures, he was making a name for himself in the entertainment industry.  Walt had made a significant profit on more recent movies.

Walt started exploring Florida because of it’s comfortable climate year-round. His exploration started under pseudo-companies and names because he was afraid that if land-owners knew it was Disney looking, prices would immediately rise. There were a several viable locations.  In fact, Disney World almost settled in Palm Beach Gardens, which is much farther south and on the eastern coast of Florida.

Walt, along with Sherman Adler, a prominent land-owner in Florida, met with John D. MacArthur, the city father of Palm Beach Gardens. Like Walt, MacArthur had a gift for envisioning something where there was nothing. After all, he virtually created Palm City Gardens, which was established in June 1959. He was in the insurance and real estate business, and he knew he had something Walt was interested in.

MacArthur offered 320 acres along the PGA Boulevard. He’d even finance the project; all Walt had to do was provide the entertainment. The deal was made with a handshake and a splash in the Intracoastal Waterway (with two respected American Investors stripped down to their boxers).

The problem was that Walt didn’t trust MacArthur. Roy, the businessman of the Disney Company was also unsure about the deal; he didn’t like that the surrounding residents and businesses would profit from Disney’s success. When Roy tried to negotiate for more land (and thus a larger share of the community), the deal fell apart.

When Walt confided in Adler about his uneasiness with the deal, Adler offered some of his 100,000+ acres in Central Florida. In fact, this deal turned out to be a much better option.  And the rest, as they say, is history.

Disney World sits on 40 square miles, or 25,000 acres (nearly 80 times larger than the Palm Beach Gardens location). There are four theme parks, two water parks, 25 Disney resort hotels, and more recreational options to count. What’s even more amazing is that more than 8,000 acres are undeveloped conservation lands. There wouldn’t have been nearly enough room for all of this in Palm Beach Gardens.

Disney World: Would it have been better located in Palm Beach Gardens, by the ocean?