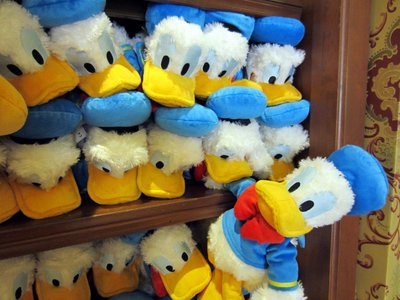 Of course, one of the major draws to Orlando is Disney World and Universal Studios, though these alone are not the the source of Orlando’s charm. You may find the city to be worth a few day’s stay, or more! This being the case, you’re going to want to do some research about hotels near Disney World where you and your family can stay.

Your first, instinctive, knee-jerk response to the thought of staying in an Orlando hotel not located on the Disney premises might be that it’s a bad idea. A hotel near Walt Disney World Resort just is not the same as a resort hotel in Walt Disney World Resort. While this is true, there are advantages to booking a room outside of screaming distance from your favorite Disney theme park – the noise factor, for one thing. Orlando is a very serene, surprisingly quiet city. You would miss out on that if you were unexpectedly woken up by the screams emanating from the roller coaster outside your window.

So, since you’re inevitably turned off by the idea to start with, you can go over what you already know. Staying in one of the many hotels and resorts off of the Disney campus as it were means that you have to drive and park your car at Walt Disney World Resort. You have to make a whole separate reservation for your lodging arrangements, and you cannot bundle the cost of your Orlando Resort Hotel in with the cost of your Disney vacation. This means that you cannot use your vacation package to save 30% – 50% on your lodging.

While its true that all of those things stink, here’s why they don’t stink as much as you think they do. First, rather than driving and parking, you can take a cab to Walt Disney World Resort, which may end up cheaper than renting a car and paying to park it. Also, it is possible that your resort hotel offers some kind of shuttle service that you could take advantage of to get to Disney World.

Second, making a separate reservation isn’t a huge deal, especially if you are a person who enjoys planning and – if you’re not one of them, they do exist – seeing those plans come to fruition. Booking your hotel separately also allows you to exercise more control over your vacation situation.

Third, while booking your hotel separately takes away your opportunity to take advantage of one of Disney’s killer awesome vacation packages, it’s not like Walt Disney is the only place to offer deals. Chances are, with a little research, you can find some killer Orlando hotel specials, some of which may even be specifically related to Disney guests.

There are some advantages to “roughing it” in one of the off campus lodging arrangements offered by the fine city of Orlando, Florida. The foremost of these being that it is a great way to save money. What is it that Realtors always say, “Location, location, location” – well, the same cane be said for your choice in resort hotels and the resulting cost.

“Cheap” is like a bad word. It has bad connotations. The aforementioned Orlando hotels probably sound bad to you because they have the phrase “cheaper” in front of them. This phrase makes you envision some dingy Motel 6 in the slums, but the resorts and spas offered in Orlando are nothing short of a comfort and a joy. Some are even luxury, but you have to keep in mind – no hotel connected with Walt Disney World in any way will be dirty, uncomfortable, cockroach infested, or have unidentifiable debris floating in the pool because: they have to compete with the luxury resort hotels offered by walt disney world resort. In addition, booking at a smaller, off-Disney-premises hotel means that you can probably afford a slightly nicer room, even one with a varying degree of suites for what you might pay for an ordinary room at Disney.

To make the most of your Orlando resort vacation, besides finding yourself enjoying a suite for the cost of a room, you may try exploring what else Orlando has to offer. Not that Disney World’s not great, and you won’t have your hands full with it, but Sea World and Universal Studios are also in Orlando, along with the city itself. Like any other city, Orlando has secrets, shows, restaurants and much much more just waiting for you to discover everything – three words: key. lime. pie. Being in a resort hotel in Orlando may enable you to take in some of the city as well as Disney World, without having to sacrifice too much of one for the other.

A stay at one of Disney’s resort hotels is amazing. A unique and fun experience that can be very convenient for you and your family – if it’s what you and your family want and can afford. If not, keep in mind there are other options that are by no means consolation prizes. The world was doing resort hotels before Walt Disney World Resort was doing them – and they are really, just as nice in a different location – the peaceful city of Orlando, rather than the sweeping hustle and bustle of Walt Disney World Resort.