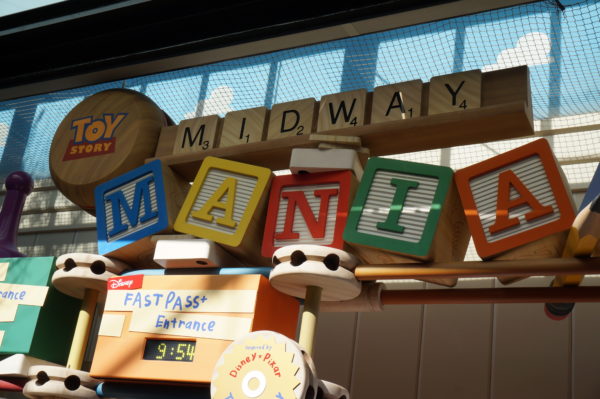 Disney’s Hollywood Studios held center stage at the recent D23 Expo, and for good reason. Virtually the entire park is under construction, and the whole thing is being rethemed.

According to industry reports, Disney’s Hollywood Studios ranks at the bottom of the attendance lists for parks in Disney World.  When Disney announced two new themed lands around Star Wars and Toy Story, both legitimate series in their own right, the closing announcements started.

Now, there’s a light at the end of the tunnel. Bob Chapek, Chairman of Walt Disney Parks and Resorts, announced opening dates for both lands. Though these are more like target windows, at least we have an idea of when the park might be back to full operation.

Let’s take a look at where construction stands today.

We now know that the Star Wars-themed land will be called Star Wars: Galaxy’s Edge, and the lands will be nearly identical on both coasts – Disneyland in Anaheim, California and Disney’s Hollywood Studios in Orlando, Florida. These lands will be the most immersive ever in Disney World and, dare I say, anywhere in the world.

One of the first major projects in Hollywood Studios was the construction of two massive AT-AT walkers which are now standing. They will be part of one of the new attractions in the land during which guests will pilot the Millennium Falcon and shoot blasters to complete a critical mission. If you perform well, you’ll earn galactic credits, but if you don’t, you just might find an unpleasant surprise if you visit the local Cantina.

The area will also feature another attraction where you’ll join an X-wing Starfighter battle. There will be more characters, a Cantina (where you can try extra-worldly delicacies like blue milk!) and a special souvenirs shop.

When Galaxy’s Edge is complete, it will be the largest single-themed land expansions in Disney World history. If promises are kept, we’ll be immersed in a land like we’ve never been before!

Toy Story land has gotten less attention than Star Wars. It’s definitely not a showy, exciting, or technologically advanced, but it is something that many people (including me) are looking forward to.

It was first announced at the last D23 in 2015, but construction didn’t begin until a year later. Until recently, it looked like Toy Story land had all but been forgotten. Little progress was made on construction, and few rumors were swirling about. Now, it’s further along than Star Wars Land in Hollywood Studios, and it’s expected to open in less than a year- Summer 2018!

Nevertheless, colorful construction walls surround the area near Pixar Place, and quick work has been made on the Slinky Dog Dash. This family roller coaster will be the main new attraction. Imagine that Andy used his Mega Coaster Play Kit to build a coaster in his backyard then put Slinky Dog on the track. You’ll climb board Slinky Dog’s back and you’re off for an adventure.

The other new attraction will be the Alien Spinning Saucers, which will pay homage to Pizza Planet both in the movie and the late restaurant in the Studios. It will be based on the classic claw arcade game and will be similar to Mater’s Junkyard Jamboree in Disneyland.

Part of the work being done here will relocate the Toy Story Mania entrance into the new land. It will be the same – though recently expanded – attraction that you know and love, but it will have its rightful entrance within the land.

It’s also worth noting that Disney recently debuted Pixar Live!, which is a stage production highlighting some of the best music from Disney*Pixar movies over the years. You’ll hear your favorite songs from movies like Toy Story and Up, and you’ll even get to see some of your favorite characters live on stage. I, personally, think this is an excellent addition to the park.

Which are you more excited for: Star Wars Land or Toy Story Land?