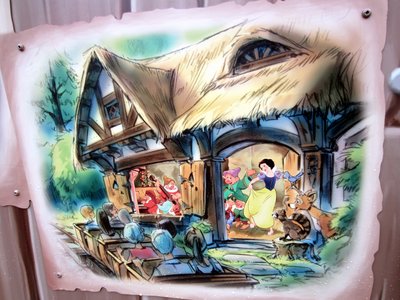 Four Highlights And One Lowlight For Disney World In 2014

This is an exciting time to be a Disney World fan. Disney is investing billions in their Florida property.

We’ve recently seen many exciting additions, including the expansion of the new Fantasyland and the Art of Animation Resort.

As we enter 2014, we can look forward to even more new additions.

Here are four of the highlights we will likely see opening in 2014, as well as one lowlight that will create some huge headaches:

The crowning achievement of the new Fantasyland and the last major attraction to open in that area is the Seven Dwarfs Mine Ride. Based on Disney’s 1937 classic movie Snow White, this new family-styled roller coaster is rumored to be a bit more exciting than Big Thunder Mountain Railroad but not quite as thrilling as Space Mountain. As you approach the attraction, you will walk over a stone bridge and enter a forest before boarding the unique swinging mine train cars. Along the way, you will see figures of the Seven Dwarfs as well as the original Disney Princess, Snow White. Based on the Mine Train concept art, I think the attraction should be awesome.

The Magic Kingdom will host this new parade in the spring of 2014. It will include new floats and a new soundtrack that includes music from Disney movies. Look for plenty of Disney princesses, including Ariel, Merida, and Rapunzel.

While this will be an upscale resort that many of us won’t be able to afford, the ultra-luxurious Four Seasons should open in 2014. Even if we can’t afford to stay there, we may be able to indulge in a few of the resort’s amenities, including a restaurant with views of the Magic Kingdom and a huge 14,000 square foot spa.

To make a cake, you’ve got to break some eggs. That’s what one remodeling contractor once old me just before he ripped up my kitchen and turned my house into a construction pit for three full months.

That’s what is happening at Disney Springs in 2014. The Reedy Creek government is planning to spend $85 million on two garages as well as $250 million on general infrastructure improvements, including widening Buena Vista Drive in front of Disney Springs. These are necessary improvements for Disney to turn the shopping district into an expanded shopping and entertainment district that will be rebranded as Disney Springs. However, it will create quite a mess during the construction, and it will create plenty of parking difficulties.

There will be plenty of ongoing yearly events to enjoy in 2014 including Star Wars Weekends, the Flower & Garden Festival, and the Food & Wine Festival.

Are you looking forward to changes at Disney World in 2014?