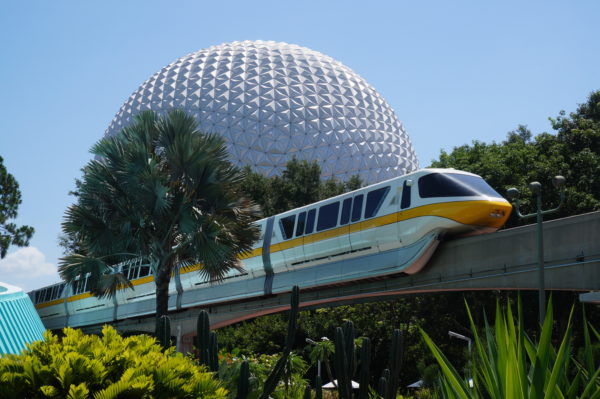 Rumors have been circulating in recent months that Disney World is on track to replace their current monorail fleet after some potentially dangerous incidents.

Now more rumors are coming to light that could make these new monorail cars even cooler than we thought!

Another rumor involves a patent filed by Disney to use projection mapping and augmented reality in the Disney resort hotels.

The patent that makes this possible might also be used on the new monorail fleet. Disney experts, Jim Hill from The Disney Dish and Len Testa from Touring Plans have worked to uncover confidential plans for the possibility of augmented reality in monorail cars.

Originally, this technology was supposed to be used in the self-driving cars, expected to arrive in Disney World sometime this summer, but a “Disney Insider” told Testa that it would be used on the monorails instead.

So what’s the big deal? Well, augmented reality is actually a pretty cool concept. The projection mapping technology allows you to see what is actually there with some enhancement. Testa gives the example that Spaceship Earth could appear as the Death Star with X-wing fighters flying around it. The technology is even smart enough to sense the current weather and reflect it accurately.

Disney hasn’t confirmed these new monorail trains yet, but they have cancelled the announced Main Street Theater in Magic Kingdom even after construction preparations had already begun to free up the finances necessary to take on such a huge investment.

Since the rumor hasn’t even been confirmed, there’s no opening date either; however, Disney is preparing for their huge 50th anniversary celebration, so the new fleet will likely arrive in the next couple years and be fully operational by 2021 in time for the 50th anniversary.