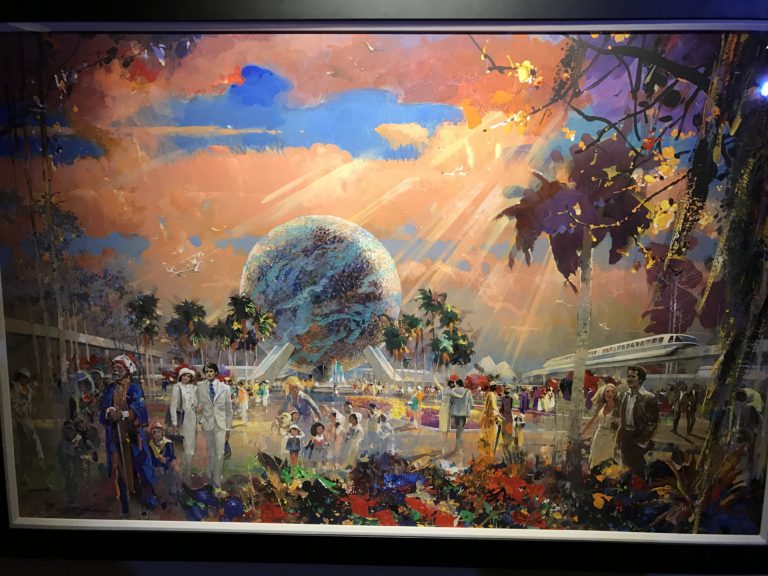 Walt Disney was an artist and an amazing visionary, but the reason that his company was so successful was because he recognized great talent and snagged it up any chance he got.

Herb Ryman was one of those people that Walt recognized and knew he needed to add to his team. Ryman (1910-1989) was a Disney artist and Imagineer who worked with watercolor, oils, and pen and ink. Walt met him during an exhibit at Chouinard Art Institute and invited him to join Walt Disney Studios.

In his early days, Ryman worked on the design of Disneyland where he created concept art for Main Street USA, Sleeping Beauty Castle, New Orleans Square, Jungle Cruise, and Pirates Of The Caribbean. He contributed to the 1964 World’s Fair with The Carousel of Progress and Great Moments with Mr. Lincoln. Because of his previous experience, he also helped design Cinderella Castle and Hall of Presidents for Walt Disney World Resort.

After Magic Kingdom opened in 1971, Herb officially retired but he returned in 1976 to help with Epcot. He created renderings for the American Adventure,the China Pavilion in World Showcase, Living with the Land, Horizons, and Spaceship Earth.

Because of his extensive contributions to the Walt Disney Company, Herb was awarded with the Disney Legends award. It is a highly prestigious honor for only the most exceptional cast members.

Let’s take a look at how the Epcot International Festival of the Arts honors this interesting man.

Have you heard of Herb Ryman?  Disney wouldn’t be the same without him.