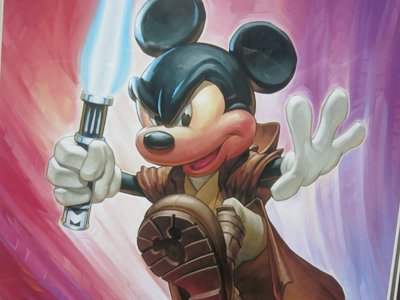 Has Disney Lost Its Innovation Edge To Universal?

Disney is known as an innovative company. From the very beginning, it was innovation that propelled the organization. Disney developed the first animated film with synchronized sound. They created the first color animation. They invented the multi-plane camera to create a sense of depth. They came out with the first full-length animated film. Time after time, the Disney Company came up with one new innovation after another.

That spirit of innovation continued with the development of Disneyland. The story goes that when Walt first told his wife Lillian that he was going to build an amusement park, she asked why he would want to build a dirty place like that. All the world knew at that time was small-time carnivals that were dirty and run down. But Walt had a different vision – to build a park that would be radically different: well themed, clean, friendly, and efficient.

And so it went for many years. Disney built the first theme park (Disneyland). The first tubular steel coaster (the Matterhorn). The first audio-animatronic figures (Tiki Room).

And Disney still invests plenty in research and development. Recent examples include The Amazing Destini and a robot that can play catch.

But has Disney moved away from innovation? Or have they just moved to different types of innovation? Are others taking over the innovation lead from Disney?

For a long time, Disney completely dominated the theme park industry. Others, whether they were Universal Studios, Knott’s Berry Farm, or Wet And Wild, were left to scramble for the leftovers after Disney had their fill.

But perhaps that domination created a bit of complacency.

When Disney built Disney’s California Adventure next door to Disneyland, it did not meet expectations. In fact, Disney ended up implementing a huge refurbishment costing more than a $1 billion to improve the park after it seriously underperformed.

The opening versions of Disney’s Hollywood Studios (then known as the Disney MGM Studios) and Disney’s Animal Kingdom had relatively few rides on their opening day. In fact, Animal Kingdom still struggles with a reputation of being known as a half-day park.

Some feel that with a real lack of competition, Disney was perhaps just a bit lazy.

But then some things changed.

The Rise Of Universal

Many of the Imagineers that Disney laid off over the years went to work up the I4 highway at Universal. And they started to quickly and efficiently create some very interesting things.

They developed The Amazing Adventures of Spiderman, which many consider to be one of the most innovative theme park attractions ever. And then came the big wakeup call: The Wizarding World of Harry Potter. It was a complete land with Disney-quality details and storytelling. It was innovative for its rides, merchandise (Ollivander’s Wand Shop), and even food service (Butterbeer anyone?).

All of this should make Disney sit up and take notice. And perhaps they have. After all, they recently developed the New Fantasyland. Disney has Gaston’s Tavern and LeFou’s Brew. They are coming out with more resort-specific merchandise and merchandise that pays tribute to attractions. Disney Springs is on the way. And there are plenty of Star Wars rumors.

So are Universal’s move really forcing Disney to innovate? And in what way?

The Many Faces Of Innovation

Some people view innovation in terms of new attractions with new special effects. The magical mirror that becomes a walkway in Enchanted Tales With Belle is pretty cool. And we are sure to have some ‘wow’ moments with the new Seven Dwarfs Mine Train.

But Disney is also spending money in other areas that are innovative, but perhaps not in a traditional sense.

When Disney introduced its Magical Express bus service to get guests from the Orlando airport to Disney property, it was welcomed by many. It had a type of innovation in that the service included checking your luggage at your departure airport and then delivering it to your Disney Resort Hotel room. That was nice. But basically it was a free bus ride. And using it almost insured you would spend all your time and money on Disney property.

Now comes NextGen, with its various components like the My Disney Experience app and web site and FastPass+. There is quite a bit of innovation involved in these programs. But they are focused on changing the vacation experience.

Universal, on the other hand, is adding new attractions at a dizzying pace: Harry Potter, Transformers, Despicable Me, Springfield, Diagon Alley – the list goes on and on. They seem focused on getting more people to come, especially after their great success with The Wizarding World of Harry Potter – which reports say caused a huge 30% increase in attendance.

So it seems Disney wants the people who come to spend more, while Universal just wants more people to come. Perhaps Disney is happy with their level of guest attendance. Or maybe they are just looking at innovation differently these days.

What do you think about Disney’s level of innovation, especially compared to Universal?