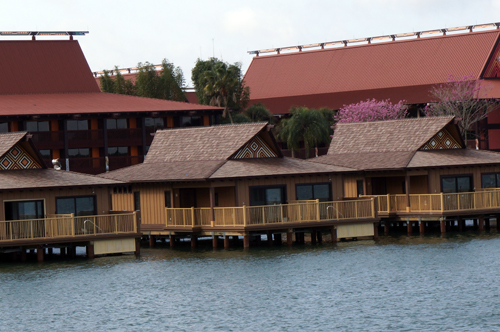 Has Walt Disney World Decided to Skip the Middle Class?

When Disneyland opened in 1955, it cost $1 to get in and an additional 10 to 30 cents per ride. Translated into today’s terms, that would be an admission price of about $8.83. Considering that a single day at the Magic Kingdom now costs $105, it’s easy to see that prices at Disney parks have gone up. A lot.

However, it’s also interesting to note that when Disneyland opened, most amusement parks had free admission. Many thought that Walt’s crazy plan to charge any admission fee at all meant that he was doomed to fail.

How could Walt charge $1 for something that everyone else provided for free?

The question of Disney’s pricing approach was controversial back in 1955, and it is still a hot topic of debate today.

Usually the basic economic law of supply and demand applies: the more you charge for something, the less of it people will buy.

It seems the Disney Company has figured out how to use business magic to get around economic laws.

While Disney park admission prices have gone up and up, so have the number of people visiting. Back in 1986, when Walt Disney World was just the Magic Kingdom and Epcot, attendance stood at about 24 million people. By 2014 that number had doubled to nearly 52 million.

How does Disney make that happen?

Disney as a Premium Experience

As prices go up and attendance goes up, so does Disney’s investments in the parks to keep them new and fresh.

Disney spent more than $400 million to upgrade Fantasyland, which included the addition of the Seven Dwarfs Mine Train, the ever-popular Be Our Guest Restaurant, and Under The Sea – Journey of the Little Mermaid. The cost of Pandora: The Land of Avatar at Disney’s Animal Kingdom is slated to cost nearly half a billion dollars. Disney’s MyMagic+ program, which includes FastPass+ and a boatload of technology, reportedly cost more than $1 billion and comes in as the most expensive theme park project in history.

In addition, Disney has added a large number of premium experiences. Epcot’s Food & Wine Festival offers the Party for the Senses, a premium experience with access to a special wine lounge for $225 per person, on top of park admission. You can sleep in a private, over-water bungalow with a direct view of Cinderella Castle at Disney’s Polynesian Village Resort for upwards of $2,000 per night.

Disney as a Value Experience

The nice folks at the Walt Disney Company often point out that you get a lot of value on your Disney vacation. Disney provides a free bus service, Magic Express, from the Orlando International to Walt Disney World, allowing you to save on the cost of a car rental or a taxi.

They also point out that many visitors purchase multi-day tickets, so their cost per day is quite a bit less than the $105 price tag for a single day.

By comparison, it is easy to spend more than $100 to get a non-premium ticket to see a National Football League game, and that experience only lasts a few hours while a ticket to get into Disney World guarantees a full day jam-packed with entertainment.

Nowhere to Go but Up?

As a business, Disney has an obligation to make money for its owners, or the shareholders.

The trade group that represents theme parks, the Themed Entertainment Association, states that the stagnation of middle-class incomes is one of the biggest challenges for parks. That means they look to the rich, a business strategy which Scott Smith, a business professor at the University of South Carolina, calls the “right strategy.”

Still, Smith admits it is sad that all families can’t afford a Disney vacation.

Do you think Disney has abandoned the middle class?