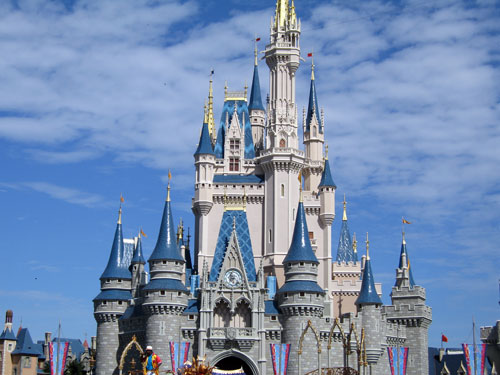 One of my favorite Disney guidebooks is the annual Unofficial Guide to Walt Disney World. The 2017 version will be out in August, but I have a sneak peek at Advanced Dining Reservation tips for you compliments of their accompanying website.

This is no surprise to many of you, but some Advanced Dining Reservations (ADRs) are pretty hard to get!

If you want to try to get into one of the most popular Walt Disney World restaurants, you’ll have to be logged in to your MyDisneyExperience account at 6AM Eastern Standard Time and ready to make the reservations at exactly the 180-day mark. If you do so, you have an 80% chance of getting a reservation at or around the time you choose.

If, however, you wait seven days out, you have a less than 3% chance of getting an ADR the first time you check. Those odds aren’t very good.

However, if you’re patient and willing to check back several (read 30+) times over the next weeks, your chances of snagging a reservation rise to 50%.

This means you’ll have to do your research and decide where you want to eat on what days. It’s best if you can be flexible. Rather than saying “We’re visiting Epcot on Tuesday, and we must eat at Via Napoli for lunch at exactly 12:30PM”, it would be better to make your ADRs for whatever day and time is available and adjust your park touring accordingly if possible since these reservations fill up very quickly.

Disney’s most popular restaurants are the ones that run out of Advanced Dining Reservations most quickly. Besides the usual culprits of Be Our Guest and Cinderella’s Royal Table both in Magic Kingdom, Victoria and Albert’s at Disney’s Grand Floridian Resort, Beaches and Cream at Disney’s Beach Club Resort, and the Plaza Restaurant in Magic Kingdom are also on the list. What’s more, several of Epcot’s World Showcase Restaurants make the cut including Le Cellier Steakhouse (Canada), Via Napoli (Italy), and Rose and Crown Dining Room (United Kingdom).

Have no fear! There are some excellent alternatives if these reservations are full.

If you’re looking for a quintessential Disney character meal and Cinderella’s Royal Table is full, try the Crystal Palace in Magic Kingdom, Akershus Royal Banquet Hall in Epcot, or Tusker House in Disney’s Animal Kingdom. These are great options. The characters may be a little different, but each one is hosted by classic Disney characters that the whole family will love!

For an adult night out, Victoria and Albert’s is usually the top choice, but it’s often sold out. Jiko in Disney’s Animal Kingdom Lodge is an excellent alternative with an extensive menu and wine list and an amazing atmosphere. Narcoossee’s, which is also at Disney’s Grand Floridian, is a good option along with Disney’s Contemporary Resort’s California Grill. Both of these restaurants would provide top-notch views of the Happily Ever After nighttime fireworks spectacular in Magic Kingdom while Jiko has floor to ceiling windows overlooking the savanna.

When you’re in the mood for steak but Le Cellier is not available, the Yachtsman Steakhouse at Disney’s Yacht Club and The Boathouse in Disney Springs have amazing steak and other options available.

Via Napoli has, hands-down, the best pizza in Disney World, and some fans note that the wait staff are some of the best, too. If Italian is what you crave, check out Via Napoli’s neighbor Tutto Italia and Tutto Gusto if no table is available. Trattoria al Forno at Disney’s Boardwalk is also a good option and not far from Epcot. You can hop on the ferry at the International Gateway and get to the Boardwalk very quickly.

Rose and Crown Dining Room in World Showcase’s United Kingdom pavilion has some great alternatives too, including La Hacienda de San Angel in Mexico, which serves up authentic Mexican food and provides excellent views of IllumiNations: Reflections of Earth if you can get a table on the patio. Spice Road Table in Morocco is another decent viewing option, though the food and service is below average.

Finally, Beaches and Cream, the 1950’s burger joint on Disney’s Boardwalk may not seem like a hard place to get a reservation, but it’s very popular partly because of it’s famous Kitchen Sink dessert. If a good burger has your mouth watering, check out Crew’s Cup Lounge at Disney’s Yacht Club Resort. If you just want some ice cream, remember that you can visit the takeout window at Beaches and Cream.

Do you have good luck in getting Disney Advanced Dining Reservations?