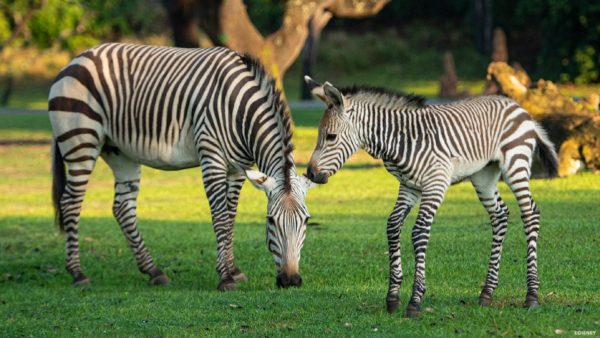 You may remember that World of Walt recently posted an update detailing the birth of a new baby zebra at Disney’s Animal Kingdom. Some lucky guests on Kilimanjaro Safaris even got to witness the birth of the new foal on the savanna.

We are now learning Disney has named the new zebra foal: Dash. Cast Members named Dash after his spunky spirit and stripe on his left shoulder-identical to the one on his mother, Heidi. Dash weighed 65 lbs when he was born and was observed standing with Heidi within minutes of his birth.