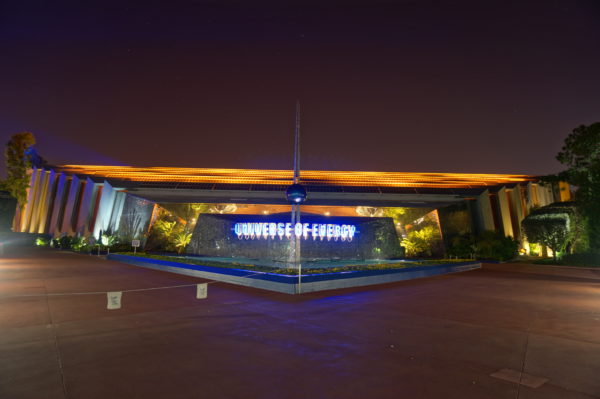 Universe of Energy at night

Guardians of the Galaxy Update May 2018 (Construction Video)

I don’t know about you, but I’m anxiously awaiting the promised Guardians of the Galaxy addition to Epcot.

Epcot has long been one of my favorite parks, and we can finally see that Disney is giving the park some TLC.

The Guardians of the Galaxy-themed attraction will be replacing Ellen’s Energy Adventure in the Universe Of Energy Pavilion, and last week 960 trucks worth of concrete arrived in Disney World to lay the foundation for the new building, which will be adding to the size of the current pavilion. If the current design of the attraction continues, it will be one of the largest indoor rollercoasters in the whole world.

This future Future World attraction will obviously be massive, and the storyline will be even bigger. Imagineers are currently working with the original filmmakers on an “epic storyline” that will continue the theme of the movies and expand the theme of the land.

Disney released a video showing a behind the scenes look at the construction, which is expected to be completed in time for the 50th Anniversary in 2021.

You don’t have to wait until them to see your favorite GoG characters though! Star-Lord and Gamora will join the Guardians of the Galaxy – Awesome Mix Live! in the America Gardens Theatre. Check out this dance party between June 9th through August 19th as part of Disney’s Incredible Summer!

Guardians of the Galaxy coaster at Epcot:  Excited?