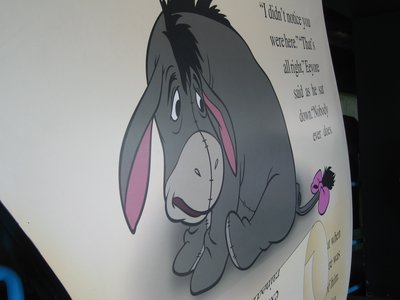 If that is the case, diversion is just a cab ride away. Of course, there’s grown-up entertainment to be had at Walt Disney World, too. In this article, we’ll give all the details on both, as in where and when adults can cut loose on- and off-park.

Shows And Other Fun In The Park

Disney’s Animal Kingdom can close as early as 5 p.m. and so doesn’t feature any evening shows or entertainment. However, at Epcot, the crowning glory of any day is the sight and sound spectacular, IllumiNations, held at the World Showcase Lagoon. In high season, when Disney’s Hollywood Studios stays open late, Fantasmic! delights visitors with everything from running water to lasers. The Wishes fireworks show and some fancy nighttime parades grace the Magic Kingdom in the evenings as well.

entertainment is also high on the list of evening activities; the Floating Electrical Pageant dances by on barges on the Seven Seas Lagoon.  You can check it out from the beaches around the Polynesian Resort. Performances start at nine; the show hits the Grand Floridian Resort and Spa by quarter past, continuing to Fort Wilderness Resort and Campground, the Wilderness Lodge and Villas, and the Contemporary Resort Bay Lake Tower. This is a relatively tepid offering, however, despite the lively musical accompaniment.

The bars offered by Disney are a bit off the beaten track as well, with youngsters often clamoring for seats as often as grown-ups. But not to worry, there are several dinner theaters in the area if the idea is to kick things up a bit; the nearby Buena Vista Palace, Hilton, and Royal Plaza feature comparatively energetic bar scenes.

Orlando has a very lively nightlife, with many live music venues and bars. For starters, there’s the Firestone Live on 578 North Orange Avenue. The Firestone is a mainstay of the live music scene, hosting medium-weight acts like the English Beat, Nouvelle Vague and the Misfits. When making those 180-day advance reservations for breakfast with Mickey, it’s probably a good idea to head over to the Firestone’s online events calendar.

For a wide variety of venues all in one place, native Orlandonians and tourists alike converge on Church Street in downtown Orlando, where several bars and clubs add some spice to the scene, each claiming to offer an experience unlike any other in the city. Antigua, for one, is a vibrant and pulsating dance club that features two five hundred gallon saltwater fish tanks on the dance floor, a twenty foot waterfall in the venue and VIP rooms galore. Frequent celebrity visits make this spot a sought-after destination.

Chillers, on the other hand, is a college-style party bar, with a huge dance floor and a young clientele. The emphasis is on DJs, large drinks, and Wednesday night dollar drink specials. Upstairs from Chillers is the pub-style bar Big Belly, said to operate in the same location that a 1922 speakeasy did. All the drinks here are legal, however, and the atmosphere relaxed enough to let patrons change the channels on the television. How accommodating!

Latitudes, also on Church Street, looks like what you’d expect a bar called Antigua to look like: lots of tikis and bamboo on the rooftop and a muted nautical theme throughout. This open-air venue might make visitors think they’re sailing through the islands, especially if they’ve Mai Tai’d one on! By contrast, the nearby Rok Room is an austere, elegant indoor venue with sheer surfaces and lighted panels. The Rok Room, a favorite among locals, is an homage to rock music that fetishizes its instruments, draping them across walls and hanging them high above the dance floor.

Improv comedy is an American institution, helping to launch the careers of David Spade, Bette Midler, and Robin Williams among others.

If the funny bone is what needs a ticklin’ after a day of corny jokes at Walt’s World, the Orlando Improv on International Avenue might be just the ticket. Recent acts in Orlando have included Carlos Mencia and TuRae. Friday, Saturday and Sunday have three shows a day; all other days have one.

Another comedy location is the SAK Comedy Lab.  The is the place where Wayne Brady of “Whose Line is it Anyway?” once performed.  This is improv at it’s best.  It is also very family friendly – all the shows are appropriate for all ages.

For a local Orlando dinner show, visitors could do a lot worse than Al Capone’s Dinner and Show on highway 192 in Kissimmee, where many of the hotels that Disney World vacationers stay in are located. Guests of Al Capone must speak a secret password at the door and, if they’ve paid their $25.95 a head they may enter. The show centers around a turf war between Capone and Bugsy Moran who is looking to edge in on Capone’s territory. The hijinks of the pretty girls and blue-chinned mobsters have the audience laughing in no time, but the narrative is just part of the show. The real emphasis is placed on audience participation and stand-up routines. The show is appropriate for all ages. The food is served in a large buffet, and is of course Italian-themed with several American standbys thrown in for good measure.

Pirate’s Dinner Adventure is another dinner show on International and Al Capone’s direct competitor. The show claims to be the most interactive of all area dinner shows, and centers around a troupe of cursed pirates floating along for centuries, discovered by some inquisitive explorers. It all adds up to high hilarity with song, swashbuckling adventure, romance and comedy, all aboard a huge pirate ship on the stage! The Port of Call Feast served up at the Pirate’s Dinner isn’t very adventurous—it features old standbys like roast chicken leg, pork loin, green salad, rice and potatoes and standard desserts like apple cobbler.

Venue owners in Orlando know what audience they are catering to: visitors who want to be entertained (and may be a bit jaded from all the bright lights and dancing Disney characters), but at the end of the day also want the comforts of home.