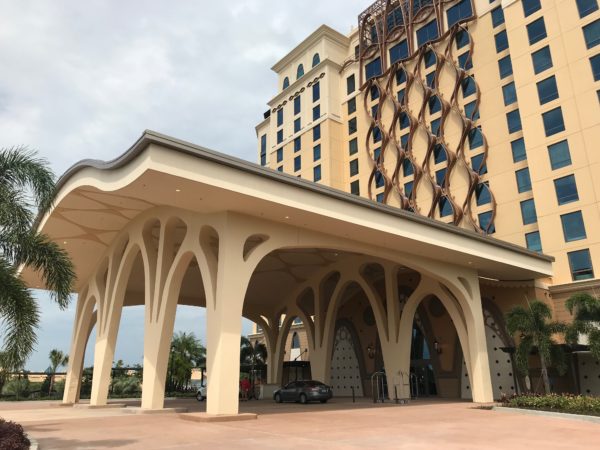 The 16 story tower takes its inspiration from the animated short film Destino.  Interestingly, the film Distino was a collaboration between Walt Disney and Spanish surrealist painter Salvador Dali that started in 1945 but wasn’t released until 2003.  It took the Disney Company 58 years to compete that film!

Fortunately, it didn’t take quite that long to finish the resort tower!

The first video features the opening ceremony with Spanish Flamenco dancers and appearance by the one and only Mickey Mouse. The video also includes a walkthrough of the Barcelona lounge on the lower lobby level, and check in and gathering spaces on the upper level, and a view of the exterior of the resort.

The second video is a overview of the food in the Spanish restaurant Toledo, which is on the 16th floor of the tower.  The modern environment compliments the delicious food and the beautiful presentation of the plates!

Ever stayed at Disney’s Coronado?  Interested in the Gran Destino tower?