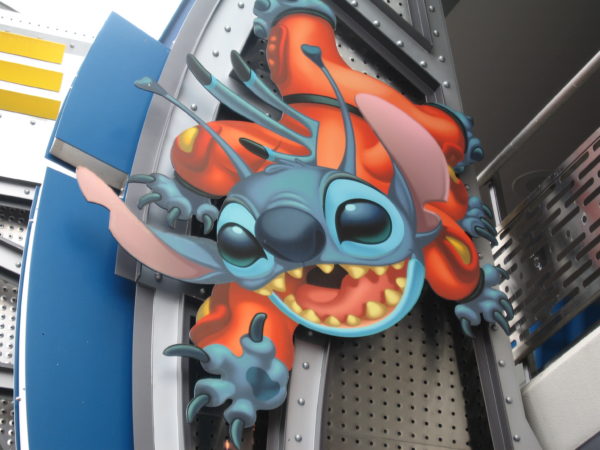 Stitch on the side of the building

It’s long been rumored that Stitch’s Great Escape in Magic Kingdom‘s Tomorrowland would be closing and that Wreck it Ralph would be replacing it.

The attraction closed temporarily then reopened temporarily several times, including once as a meet and greet location, to accommodate busy crowds of the holidays, but it looks like Stitch might finally be closing for good.

How do we know?

Stitch’s Great Escape lists operating hours through January 6th but nothing beyond that. It could be another temporary closure since crowds are lighter in January and February.  Things then pick up for Spring Break, however, so there is a chance it could return again then.

Stitch has been rated Disney World’s worst attraction for quite some time now, so it wouldn’t be a bad idea to replace it with something that would be more popular with park goers.

This theater-in-the-round style attraction, which opened in 2004, has been rated the lowest in The World based on opinions of 126,000 people surveyed by Touring Plans in 2016.

Disney is being tight-lipped about an official closure, but still rumors are circulating. There’s also no officially announced replacement planned yet if the attraction does close, but Disney has said they’re working on 50 magical enhancements for the 50th Anniversary of Disney World in 2021. Many park guests agree that replacing Stitch would be a very magical enhancement.

Stitch’s Great Escape:  Would you be happy for a replacement?