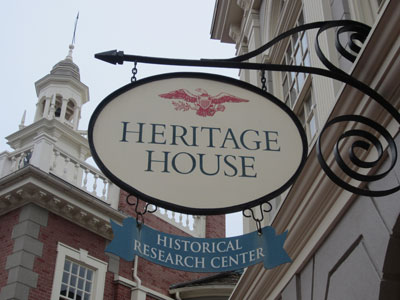 Good Bye Heritage House – It Was Good Knowing You

According to sources, Disney will be shutting down the Heritage House gift shop (or perhaps we should say shoppe) in Liberty Square on January 4, 2014.

The Heritage House offered early-American gifts in a small building next to the entrance to the Hall of Presidents.

The Heritage House offered some typical Disney themed merchandise like t-shirts, but also had some souvenirs that were well-themed to Liberty Square.

You could purchase informational boards suitable for framing with information on various presidents of the United States of America as well as reproductions of important documents from US history like the Constitution. Also available were the crest of your family surname and books about American history.

There is no word at this time what will become of the Heritage House. Perhaps it is going down for a simple remodel, or maybe Disney management has determined that items like reproduction documents and historical books don’t make sufficient profits needed to justify the shop.

Did you like the Heritage House shop in Liberty Square?