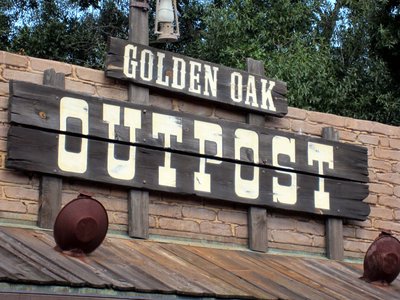 It’s called Golden Oak at Walt Disney World Resort – a master planned community of single family homes at Disney World.  The places are beautiful, and in a great neighborhood if you can afford the $1M plus price tags.

The Golden Oak neighborhood is located just east of Disney’s Magic Kingdom theme park and just north of Epcot.  You will be less than three miles from the nearest park, and you will like be able to see Disney fireworks from your windows.   At prices that go up to $8 million, you will get the things that Disney is known for – including attention to detail, personalized services, and big doses of Mickey Mouse nearby.

Who Will Live There?

First, people who have big bucks.  Given the high price tag of homes, it will take people with a significant level of wealth to get in the door.  In fact, reports are that all the early home sales were for cash.

Second, people who like Florida and appreciate outstanding service.  There are plenty of luxury housing developments in Florida, many of which are located in communities with beach access.  So if you like Florida but aren’t a beach person, Golden Oak may be of interest.  Also, the Disney brand is synonymous with high levels of excellent service.  People who appreciate quality service will likely appreciate what Golden Oak has to offer – including concierge service that can arrange for anything from Christmas decorating to stocking your refrigerator with your favorite beverages before you come into town.

Third, they will be a bit older.  There aren’t many twenty-something couples just starting out that can afford homes in Golden Oak.  Disney assumed there would be mostly wealthy retirees, but some home buyers have been in their forties and fifties, and some even have children.

Finally, and perhaps most importantly, is location, location, location –as in being a direct neighbor of the Walt Disney World theme parks.  Disney will offer residents VIP park access for three years, as well as access for their house guests.  They will also provide door-to-park transportation and special events.  Most people who can afford million dollar homes can also spring for $100 to get into the Disney parks for the day, but the “special events” (still to be determined) might be a draw if they are indeed special.

This isn’t the first time Disney has ventured into the neighborhood development business.  Mr. Walt Disney himself became personally interested in urban planning later in his life.  The ultimate plan for all his Florida property wasn’t so much to build another Magic Kingdom, although that was the first step and the initial money maker.  Instead, he wanted to build his Experimental Prototype Community Of Tomorrow, or Epcot.  But this wasn’t supposed to be Epcot the theme park.  It was supposed to be Epcot the true city of the future with real residents, real businesses, and real workplaces.

Like so many things with Disney, the end result didn’t turn out exactly as planned, but good ideas never die.  Eventually the concept of a futuristic city complete with skyscrapers, monorails, and innovative mass transit actually became the real-world town of Celebration, Florida – a throw back to 1940s homes settled along quaint tree-lined streets with alleys in the back to hide the ugly cars.

How Golden Oak Will Be Different

Will Golden Oak be Celebration 2.0?  No.  There are quite a few differences.  Celebration developed into a complete city, with not just houses and shops but also offices, a hospital, a fire station, churches, and just about everything else needed to be classified as a true city and not just a residential subdivision.

While there are many part-time snow birds in Celebration, most of its population includes full time residents. And while there are some mega-sized homes in Celebration, there is also a wide variety of homes too, starting with simple one and two bedroom apartments and condos.  All are nice, but all are definitely not huge.

Not So Much A City

Golden Oak, on the other hand, isn’t designed to be a complete city.  It’s more like a high end subdivision – a gated and exclusive community.  There won’t be a wide variety of homes including more affordable ones.  They will all be big, and they will all be very expensive.  Also, it is very likely that many of the homeowners won’t call Golden Oak their primary residence.  They will use it as a second, or third, home.  This means that many of the homes will sit vacant for much of the year, especially since the houses can’t be used as short-term rentals.

If Disney Builds It, Will They Come?

While Disney predicts it will take a full decade to complete the Golden Oak community, sales early in the development process are running ahead of schedule.  So if you’ve got a few million lying around, and are a Disney fan, what are you waiting for?