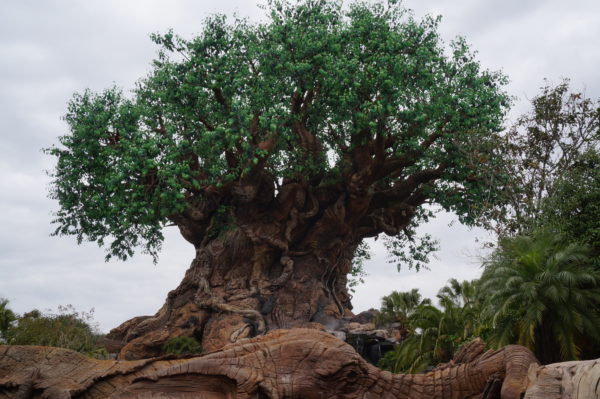 Five Ways To Give Back During Your Disney World Vacation

Most Disney World vacations are planned with the family in mind. You try to make everything perfect and hope for harmony among family members with as little fighting as possible. You try to teach your kids that family time is the best time, and it’s important to spend quality time together.

This is absolutely wonderful, and it’s a great way to vacation, but what if your family could experience something that not only brought them closer but also helped others?

If you want to give back during your Disney World vacation, there are several ways to do that. You’ll teach your kids that helping others is just as fun as helping yourselves.

Let’s take a look at five ways you can give back in Disney World, starting with the easiest to the most involved.

Make-A-Wish is a well-known organization that grants wishes to kids with life-threatening illnesses like pediatric cancer. One of the most popular wishes is to go to Disney World. Just imagine: if you like Disney World this much, how much will a little kid enjoy it?

Instead of buying another souvenir that you really don’t need, consider donating just a few dollars to the Make-A-Wish foundation to make a little kids wish come true.

The Disney Conservation Fund was set up to protect endangered wildlife and encourage conservation, which was close to Walt Disney’s heart and has become a significant part of the Walt Disney Company. They’ve already used more than $70 million toward this end.

Disney’s Animal Kingdom houses a couple of thousand animals. Some of these animals are endangered, and just this year, several babies have been born to these endangered animals increasing the species’ numbers. That’s one step they’ve taken to protect wildlife.

The Disney Conservation Fund was created to help the ten most critically endangered species on the planet, and you can do your part by donating to Reverse the Decline at select stores and dining locations throughout Disney’s Animal Kingdom.

runDisney is a fun way to check a 5k off your bucket list especially if you’re a Disney fan, but runDisney is also great for serious runners. Disney holds 5k, 10k, and marathon runs, and you can treat your run however you want to. Dress up and run around the park in honor of your favorite Disney character or don your best running clothes. Either way, you’ll win limited edition medals and some great memories.

There’s something else a runDisney experience can do though. You can raise money for a good cause and run for a charity of your choosing. runDisney supports several well-known charities like Alex’s Lemonade Stand, Children’s Miracle Network, and the American Foundation for Suicide Prevention and each race has different available charities. If there’s space available in that group and you register, it’s a guaranteed entry! If you can’t or don’t want to run, you can also volunteer to support runners by handing out water, race bibs, and medals.

4. Give Kids the World

Give Kids the World is another non-profit organization that makes wishes come true for critically ill children and their families. They’re given a week-long vacation including free lodging with a host family, meals, and tickets to Disney World among other local theme parks. All of this is accomplished through 1800 volunteer shifts every week. You don’t have to make a huge commitment. You can do something as simple as donating money or items like autograph books or Mouse Ears. With advanced planning, you can also volunteer to greet a family at the airport and drive them to their host family’s home or deliver pizza to them. Any little bit you can give is greatly appreciated not only by the organization but also by the receiving family.

Have you donated or volunteered during your Disney World vacation?