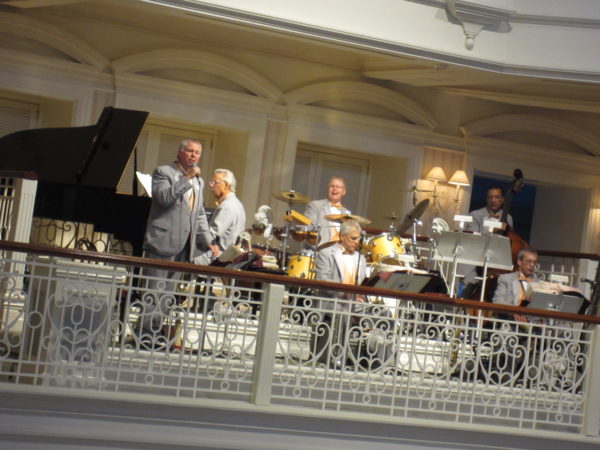 Band in the lobby of the Grand Floridian

On Saturday, September 26th, Disney’s Grand Floridian Society Orchestra announced that their show has been permanently ended in Disney World.

When the effects of COVID-19 struck the resort in mid-March, the Orchestra and most other Disney World Cast Members were furloughed. Disney’s Grand Floridian Resort, the most luxurious and most expensive resort on property reopened last week after being closed for months due to COVID-19.

The Orchestra was welcomed back in a different form, though. They were most recently known as Disney Society Orchestra and appeared at Disney’s Hollywood Studios in what was formerly Beauty and the Beast – Live on Stage. They played several short shows daily alongside characters from Beauty and the Beast. However, according to the announcement, their last performance will be October 3rd, 2020.

Disney’s Grand Floridian Society Orchestra has been a mainstay at the resort since its opening 32 years ago. They first played in the area that is now the Enchanted Rose, but when the new lounge opened, they were moved to the lobby on a custom-built bandstand. Regardless of where the Orchestra was located, as soon as they started playing, guests would gather to hear their joyful noise.

The musicians were reportedly notified two weeks ago, but when they announced their departure publicly via their Facebook page, their fans were outraged. Their post was shared hundreds of times and generated hundreds of comments.

The Grand Floridian Society Orchestra will be greatly missed, but they are likely just the first of many COVID casualties in the live-entertainment category. Disney has already announced the cancellation of Halloween and Christmas events including Mickey’s Not So Scary Halloween Party, Mickey’s Very Merry Christmas Party, and the Candlelight Processional, which also had an orchestra. What’s more, even though the Florida governor has given Disney the green light, Disney has not yet made changes to its reopening approach.

Will you miss the Grand Floridian Society Orchestra?