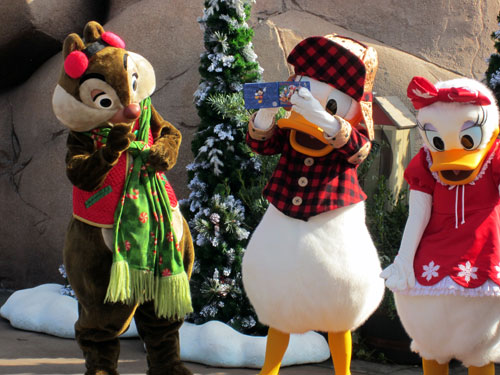 Eight Tips for Getting Character Autographs at Walt Disney World

For kids (some young, and some just young at heart), meeting a living and breathing Disney character can be the highlight of a trip to Walt Disney World.

In the old days, Disney characters often wandered the park, and you could often just bump into them, get a hug, and ask for an autograph. However, like happens with so much in life, things have gotten more complicated these days. You aren’t likely to bump into many characters just wandering around. If you want to meet a Disney character, and especially if you want an autograph, you need to do a bit of planning.

Here are eight tips for getting character autographs:

1 – Learn Where the Characters Will Be

Some characters have relatively-permanent homes, like Mickey’s meet and greet in the Town Square Theater in the Magic Kingdom, but other characters tend to roam or just make occasional appearances. If you have your heart set on meeting and getting an autograph from a specific character, especially a less common one, be sure to stop by Guest Services when you first enter the park and ask if and where you can meet a certain character. The Disney Cast Members there have access to a character hotline where they can find out exactly where and when every character will make an appearance that day.

Now that you know where to find your character of choice, you need the right supplies.

You don’t have to purchase one of the autograph books that Disney sells around the parks, but they are a popular choice. The books open up wide so that the characters can sign them easily, and the paper is bound into the book securely.

You don’t have to use a book at all, actually. Some creative folks have asked characters to sign t-shirts or pillow cases, which make for fun and useful souvenirs after you get home.

Most Disney characters, especially of the “fur” variety (the name for characters where you don’t see a human face) have big hands. They have a hard time gripping a typical ball point pen. A good choice is a retractable Sharpie – it is easy to hold, has a bold tip, and there is no cap to lose.

Now that you have your supplies, you need to figure out how you will get some time with the characters.

A great way to both enjoy a sit-down meal and to get some time with Disney characters is through a Disney Character Meal. There is no line for characters – they come to you while you are comfortably seated and are enjoying your food. Some of the more popular character meals include the following:

Now that you are in front of a character, here are some considerations:

6 – Be Considerate of Those Behind You

Some little folks can be shy and need a few moments to warm up to a character, while others little ones can be true chatter boxes! You waited in line, fair and square, and you deserve a few minutes to get a picture, autograph, hug, and the exchange of a few niceties. However, remember that other folks are waiting behind you. You may need to help your child know when it is time to move on.

It may be hard to believe in the world of make believe, but even Mickey Mouse needs a bathroom break sometimes! Please be patient with both the character and with their attendants. They are all doing their best to help you have a good experience.

As I mentioned at the top of the article, meeting a Disney character can be the highlight of a trip for many little ones. However, when a two foot tall child meets a five foot tall mouse (even the world’s most friendly mouse), sometimes it can be overwhelming. You might want to catch a Disney parade before planning time meeting Disney characters at a meet and greet so you can see how everyone reacts to the characters.