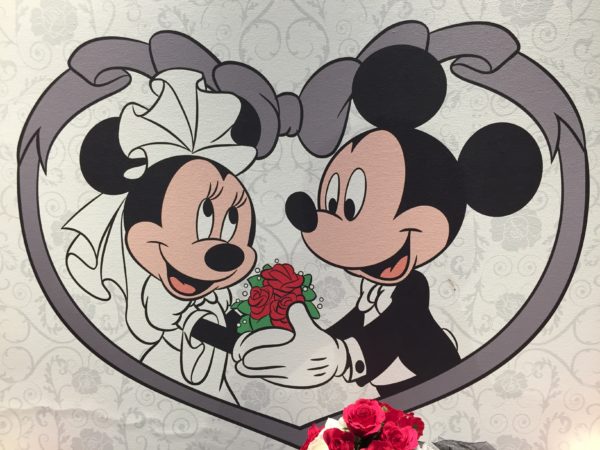 Top Five Reasons to get Married in Disney World

Back in the 1980s, Michael Eisner, then Disney CEO, attended a wedding in Japan. He was amazed by how many people flew in from all over the world to attend their friend’s wedding, and Eisner had an idea. If this many people were willing to fly for a destination wedding, surely Disney fans would plan and attend destination weddings at their favorite theme park.

In the early 1990s, the Disney Fairytale Weddings department was born. Let’s take a look at the top five reasons to get married in Disney World.

The first official Disney wedding was held in 1991. Since then, around 1,500 couples tie the knot in the Most Magical Place on Earth every year. Everyone from celebrities to long-time Disney fans have been married in Disney.

What’s more, there’s no typical Disney bride. It’s good for all ages whether you’re a first time bride or you’ve walked down the aisle before. Most Disney Brides follow Disney Weddings before getting engaged, and they’re usually fans of Disney World.

As evidence of just how popular this is, there are lots of followers on social media. A Disney Wedding Dream Board on Pinterest could have hundreds or even thousands of followers.

When you decide to have a Disney wedding, you’ll get your very own Wedding Planner. They are full-service, and one-stop; they can take care of anything and everything Disney Wedding related, and they’re happy to answer any and all questions you may have.

Your wedding planner will take care of all the logistics from cutlery to heating lamps while you tend to the fun stuff like picking colors and the perfect dress.

Many people think a Disney Wedding is childish; in fact, this is a common misconception of Disney as a whole.

If you want a very Disney wedding, you can have your favorite characters or even the whole Fab Five team join the soirée. If you would prefer to have a more traditional wedding, your Disney Wedding Planner can make that happen too.

Maybe you want to get married in France, but that’s out of your price range. Disney could arrange for you to take your wedding day pictures in front of the Eifel Tower in Epcot‘s World Showcase.

So, this Disney Wedding thing might sound attractive, but you’re probably thinking that it’s way out of your price range.

You might be surprised to find out that the average Disney Wedding costs around $13,000, which is less than the average wedding in Los Angeles.

If you want to go big, you have many extras to choose from like arriving in a Model A Ford ($650) or getting married in a Cinderella-themed ballroom ($13,000).

While there are extras, you can definitely do a Disney Wedding on a budget. Just because it’s a Disney Wedding doesn’t mean you have to go big. If you want to elope, your cost can be as low as $2,500, which would be a little more than just a Disney vacation.

5. Get exactly what you want

Little girls (and some boys too!) dream of their big day their whole life. Many people know exactly what they want out of their wedding, and it’s comforting to know that Disney can give you (almost) everything you want.

Want to be a princess? No problem! Alfred Angelo designed an entire Disney Fairy Tale Collection.

Don’t want to be a princess? Also not a problem! There are several places in Disney World where you can say “I do” without it being obviously Disney.

Want Mickey to marry you?  That’s a problem!  The Mouse isn’t allowed to officiate- he is a mouse after all – but he can attend your wedding along with some of his friends. Just know that alcohol service will be stopped when he arrives.

Want to create your own theme? Sure! I read about a young lady who had a Beauty and the Beast / Haunted Mansion theme with some of her favorite Disney Villains.

Do you have a favorite attraction? Maybe you absolutely love Magic Kingdom‘s Big Thunder Mountain. You can get married and have all your guests ride the attraction afterwards.

The good news is that your wedding can be completely customized and personalized with the help of your Disney Wedding Planner.  It’s only limited by your imagination – and your budget.

Would you like to get married in Disney World?