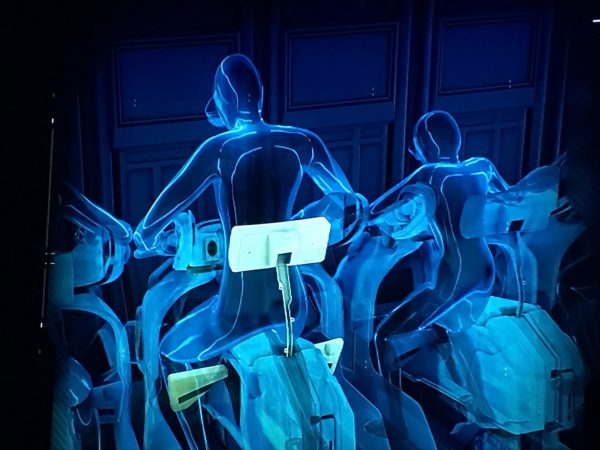 Simple enough? Here is our first “You Pick 3.”  Check out my opinion, then let us know what your three favorites are in the comments section!

Let’s take a look at my three favorite ride vehicles.

It may not be the most thrilling attraction vehicle at the parks, but it is one of my favorites. Ever since I was little, I have always loved the tie-in between the idea of a flying ship and Peter Pan.

When I think of Fantasyland, I almost always jump right to Peter Pan’s Flight specifically for the ride vehicles. A lot of credit should be given to the Imagineers who decided the best way to feel like you’re actually headed to Neverland is by flying over London. Disney World utilizes boats in a number of attractions, but this is the only one that suspends the ship from the top!

It’s no surprise that Flight of Passage shows up on a number of lists for being a fan favorite. For those who have yet to visit the attraction, I consider it a must-do while at Disney’s Animal Kingdom assuming you can land a FastPass+.

The feeling you get when you ride Flight of Passage for the first time is surreal. You’re hit with a rush of adrenaline, fear, and excitement all at the same time. A lot of these feelings are generated through the Banshee ride vehicle. Once you board your vehicle, you straddle it like a motorcycle and hold on tight. As the ride progresses, you start to see, smell, and feel the details that went into the vehicles of Flight of Passage alone.

The ride vehicle is meant to mirror the feeling of flying on a Banshee. Imagineers achieve this by utilizing small details like riders being able to feel the Banshee breathing.

Riders will also be able to smell a number of scents that are dispersed on each ride vehicle. Lastly, the vehicle will strap riders in by an automated locking system that will hold your back and legs in place.

It’s arguably the most unique ride vehicle the Imagineers have ever created.

In a park where Star Wars is king, it has been tough to stand out over the last couple of months, but I do think for non-Star Wars fans and younger kids, Toy Story Mania is a fantastic attraction.

One of the reasons it works so well is because of the ride vehicle. The vehicle allows you to spin so you see a number of different angles and screens. A lot of times TSM! is looked at like an upgraded Buzz Lightyear’s Space Ranger Spin, which I don’t think is fair for Buzz mainly because technology has advanced so much since Buzz’s opening. I think TSM! did a great job of upgrading the on-vehicle guns, the scoreboard between the two players, and ensuring a more comfortable ride overall. The vehicles for Toy Story Mania! have done a great job holding up over the years, and is one of the more fun vehicles in the four parks.