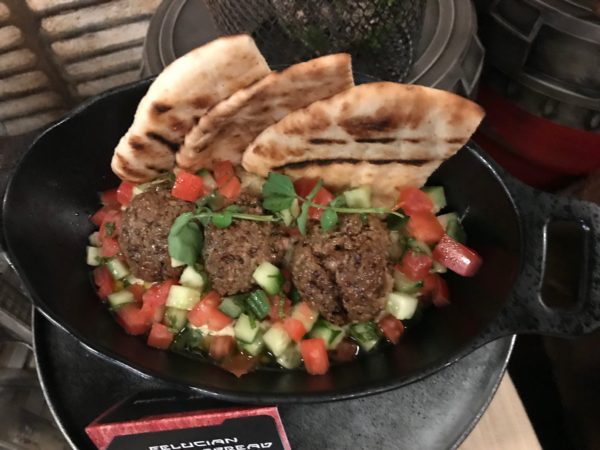 When Star Wars: Galaxy’s Edge opened in Disney’s Hollywood Studios, it was touted as one of the most highly anticipated and unique theme park lands ever created.

To say that the planet of Batuu is immersive could be an understatement. Disney and LucasFilm literally created new words for food, souvenirs, Cast Members, and more.

But today let’s focus on the food.

Themed – Or Hard To Understand?

The food names were very interesting. However, what made up each dish was actually quite familiar. Menus online and on-property had Batuuan names for each dish, but after the extra-planetary names were English names and descriptions.

Some fans are concerned that this change diminishes some of the overall immersion of the land. After all, some guests really enjoy their journey into a new land.

Others, however, were confused by the unfamiliar terms.  This caused frustration and may have impacted operational performance.

Too Much Of A Good Thing?

Is it possible to over-do a theme, so that it becomes hard for the average guest to navigate?

Disney is probably trying to balance the fun for those who are “all-in” with the role-playing and those who are more casual Star Wars fans or visitors.

Interestingly, this change hasn’t been made at Disneyland.

Galaxy’s Edge: themed names, or familiar and understandable ones?