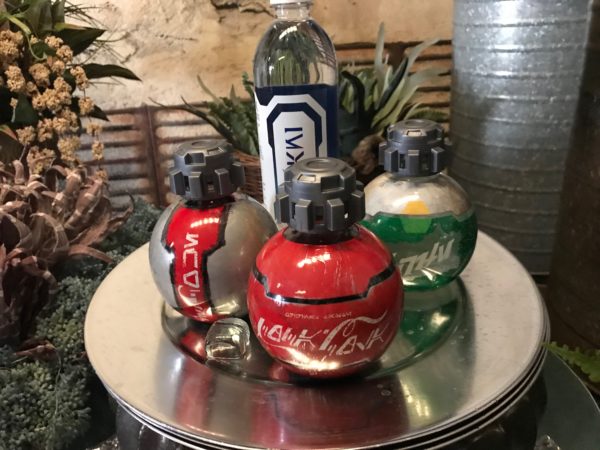 Star Wars: Galaxy’s Edge is as authentic as you can get – maybe even more authentic than being on a movie set because the entire land has been built to scale. There are even plenty of otherworldly creatures lurking about. As the franchise’s name implies, there are plenty of weapons both in the land and in the movies.

One such weapon is a thermal detonator, which are spherical explosive devices used in several of the Star Wars movies. In Galaxy’s Edge, these thermal detonators come in the form of soda bottles. They are made completely of plastic with Aurebesh labeling on them and are about as harmful as a cupcake.

However, that hasn’t stopped the US Transportation and Security Administration (TSA) from banning them. They look very realistic, and the TSA has been trained to treat anything that poses a threat to be treated as such until told otherwise by law enforcement officials. These bottles have been restricted from both carry-on and checked bags. Several people noted being able to get empty bottles through security prior to the ban, but it’s not a good idea to try it now.

Interestingly, something that could actually be used as a weapon – the mighty lightsaber – is permitted in both carry-on and checked bags.

If you want to take home one of these unique bottles, you’ll have to send it via snail mail.

UPDATE August 31, 2019:  The Orlando Sentinel is reporting that the TSA is now treating these containers like oversize liquids.  They can be emptied and taken in carry-on luggage, or they can be put in checked bags.