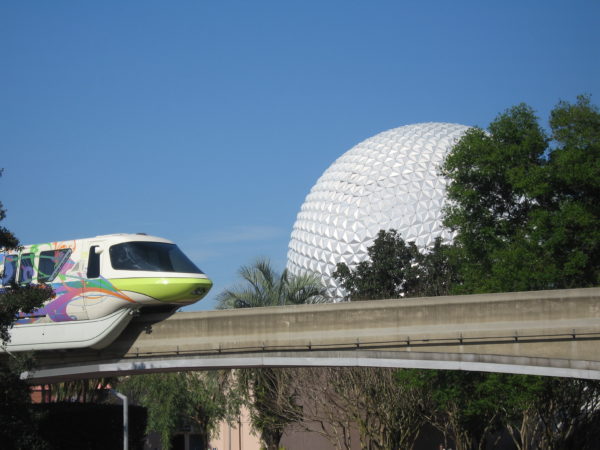 Monorail with Spaceship Earth in backgorund in Imagination

Editorial: The Future of Disney World

It’s unlikely that Disney will close forever as a result of the COVID-19 pandemic, but experts are estimating that they’re losing upwards of $350,000 per day and even more in the sports industry and marketing.

So what’s going to happen when Disney World does reopen?

It’s honestly hard to be sure, but we can look at clues in history to make some educated guesses.

What can history tell us?

The short answer is: a lot!

Disney World has been open during two major economic downturns including the oil crisis in the 1970s and after the terror attacks on September 11th. In both cases, attractions were closed and projects were canceled or never even started. Several planned hotels for the newly opened Disney World were never built in the ‘70s.

Starting earlier in 2001, River Country operated only seasonally and then was closed altogether after tourism stalled post-9/11. Also notably, The Legendary Years at Pop Century were halfway built when the project was completely abandoned for nearly a decade. In fact, when it did finally open, it became Disney’s Art of Animation, a completely separate hotel from Disney’s Pop Century.

Estimates say that the losses resulting from the Coronavirus closure, which is longer than any closure in the history of Disney World and even the Walt Disney Company as a whole, could be exponentially more than those experienced after 9/11 mostly because hotels weren’t forced to shut down and parks weren’t forced to close; travel just slowed down albeit quite a bit.

Things are totally different from this closure. Parks, hotels, resorts, airports, and even entire cities are being forced to close for weeks on end. The initial closure was just two weeks, but the Orange County Mayor just announced a two-week order to stay at home which necessarily extended the closure of the parks until at least April 9th. Even when the parks do reopen, will people feel well enough or safe enough to travel? Will they have the disposable income to do so? It’s likely that the answer to both of these questions is “no” or at the very least, “not yet”.

Disney Cruise Line was the first division of the company to extend their closure, and while Disney Parks haven’t announced an extended closure yet, they have ended contracts with international performers in Epcot World Showcase, some of which who have performed there for decades, and sent all of their College Program Cast Members home effectively reducing their staff significantly – perhaps by 20% or more. It will take a long time to replenish their staff especially in World Showcase where the Cast Members are international. As long as this thing lasts, any international arrivals must self-quarantine for 14 days.

It has been said that the tourism industry will need at least a couple of years to recover from this extended closure.

One thing we can take solace in is that the projects going on right now at Disney World are much farther along than projects were in the ‘70s and also post-9/11. Most notably, the Pop Century expansion that was known as The Legendary Years was not even half-way completed.

In Disney’s Hollywood Studios, construction on Mickey and Minnie’s Runaway Railway was completed and the attraction celebrated its grand opening just days before the parks closed completely. The only construction still going on in this area is the Star Wars Hotel. Those in the know say this project is pretty far along and cancelation would lead to some pretty negative media. We can only hope that it might cost just a bit less to stay here! This park is pretty safe. The same is true for Disney’s Animal Kingdom, which has seen major construction completed in the last few years.

Magic Kingdom will fare pretty well too. The TRON coaster is almost complete, and the redesign of Cinderella Castle, which started just days before the closure, should continue as soon as workers are allowed back in. Both of these projects should remain on schedule.

EPCOT may not be so lucky. While Remy’s Ratatouille Adventure, a new dark ride in the France pavilion, Space 220, a restaurant in Future World, Guardians of the Galaxy, a coaster in the Universe of Energy Pavilion, and HarmonioUS, the park’s new nighttime spectacular remain on schedule and will likely open on time and some soon after the park’s reopening, other things might be delayed or canceled.

Spaceship Earth is scheduled to close for an extended refurbishment, and while the old attraction is in dire need of maintenance, the full refurb might be postponed. Another major project is straightening the line from Future World to World Showcase. This project includes removing Innoventions West and replacing it with an elevated Festival Center. The demolition is already well underway, but the new construction will take significant resources, so it’s likely on the chopping block, at least for now. Other projects that are more likely to be postponed or canceled altogether include the Mary Poppins attraction coming to the United Kingdom pavilion and the Mexico ride update.

There is very little going on at the hotels, but Reflections: A Disney Lakeside Lodge, which will, ironically, sit on the site of the shuttered River Country, is likely to be delayed or canceled especially since sales have not started at this new Disney Vacation Club Property.

Of course, all of this is speculation.

One thing we can be sure of is that Disney World and the other Disney Parks will reopen at some point, and life will get back to normal. This reopening could be done in phases, though, with Magic Kingdom and Disney’s Hollywood Studios being first then Disney’s Animal Kingdom. Epcot will likely be last to reopen because of the need for international Cast Members and the construction projects. Disney may use the extra time to catch up on their in-progress construction projects without the interferences of regular park operations.

Disney wants to get back to us as much as we want to get back to them, so, for now, stay safe, stay calm, and enjoy some Disney+ until the Happiest Place on Earth is ready to welcome us home.

Do you think Disney will cancel any construction projects?