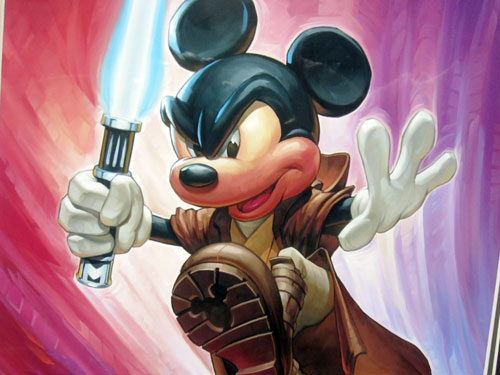 Right from the start, this article might seem like I’m putting down the last decade in Walt Disney World. That honestly couldn’t be further from the truth.

The next 10 years, though, look like they’re going to be one heck of a ride! Let’s take a look at Why the Next 10 Years in Walt Disney World Will Be Better Than the Last 10!

Have you been on It’s A Small World lately? Have you noticed that at the end of the attraction the screens that are in the Goodbye area of the attraction actually say goodbye to you by name? Have you gone to see Mickey Mouse in the Town Square Theater and actually heard him address you by name? These are the types of technological changes that have me REALLY excited about the next decade in Walt Disney World! With the MagicBands and the new technology that comes with them, I think we’re only going to see more and more of these personalized, small touches throughout our WDW vacations that will add up in a big way!

Pandora: The World of Avatar

Am I someone who loved the movie Avatar?

I thought it was a decent movie and I enjoyed it, but that’s about as far as my interest went in the story itself. What I was blown away by, however, were the visuals and the special effects. I thought the movie was absolutely gorgeous and I can not wait to see what Disney’s Imagineers have come up with for the new, eagerly anticipated land at Disney’s Animal Kingdom.

I was out at the D23 Expo in 2015 and saw the scale models and preview film in person and I have to say I was left pretty speechless by the ambitious plans for the new area. Having been to Animal Kingdom just a few months ago and seeing the progress on the floating mountains of Pandora got me even more excited! With two very cool-sounding attractions being built within the land, I can’t wait until “sometime in 2017!”

I don’t know about you, but I really enjoy the queue for Toy Story Midway Mania in Disney’s Hollywood Studios. I love the concept that when you walk through the entrance into the queue, you are shrunk down to the size of a toy and in Andy’s room. That’s why all of the toys are so huge in there; you are actually toy-sized as well.

My love of that queue and that attraction has me really excited for Toy Story Land, coming to Disney’s Hollywood Studios in the (hopefully not so distant) future!

The land will feature two new attractions in addition to Midway Mania: Slinky Dog Dash, a family roller coaster (think The Barnstormer) themed around Slinky from Toy Story, and Alien Swirling Saucers, which will be a family-friendly, whip attraction (if you’ve been on the Mater’s Junkyard Jamboree in Disney’s California Adventure, you’ll be familiar with the ride style). I’m hoping Disney’s Imagineers have some fun food options cooked up for us guests in this land as I think there could be some really cool opportunities to incorporate the Toy Story characters into food stands and quick service locations.

I never thought that the Cozy Cone Motel from Cars would lend itself to a food area, but it’s one of the most popular food spots in all of Disney’s California Adventure!

Yes, if you’ve heard me on the World of Walt Podcast or if you’ve read my articles before, you probably know I’m a Star Wars fan. Okay, I’m a BIG Star Wars fan! I absolutely can not wait for this land to open and I did not shed a tear when Hollywood Studios closed the Studio Backlot tour, Lights, Motors, Action, The Streets of America, or anything else that the park had to remove in order to make this land a reality.

I can’t wait to sit at the controls of the Millennium Falcon or to stroll through the distant space port with a lightsaber on my hip. Yes, I will be carrying a lightsaber in the land…WDW is a judgement free zone! I am so excited to walk into the cantina and to listen to the live band while eating whatever Star Wars’ inspired food will be served.

Most of all, I can’t wait for the complete immersion and feeling that I actually exist somewhere in that galaxy far, far away. Since that park down the street (where I also book trips to, by the way!) opened their Harry Potter sections of the parks, I have been waiting for Walt Disney World to take their counter punch. I think Star Wars Land will be it. I am expecting BIG things from WDW here, and I honestly don’t think any of us will be disappointed.

Of course, these are just a few of the things I’m excited about in what will hopefully be the New Disney Decade. I’d love to hear from you, so please tell me, what are YOU most excited about in Walt Disney World’s future? Please feel free to answer in the comments here or email me at phil@eartotheretravel.com.

Are you looking forward to more Star Wars in Disney World?