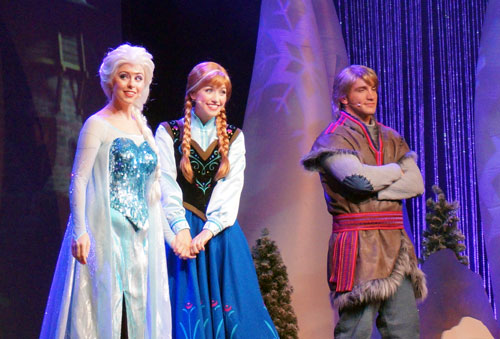 Disney has announced that “For the First Time in Forever: A Frozen Sing-Along Celebration” will restart at Disney’s Hollywood Studios on Monday, October 5.

It seems the presentation will maintain the format from before the closure, where the Royal Historians of Arendelle will retell the story of Frozen, complete with plenty of puns.  Throughout, Anna, Elsa, and Kristoff will make appearances, the hosts will show plenty of clips, and the audience will belt out all their favorite songs before the snow falls.

However, Disney said that they have modified the show and the audience set up to accommodate social distancing.

Glad to hear the Frozen Sing-Along is returning to Hollywood Studios?