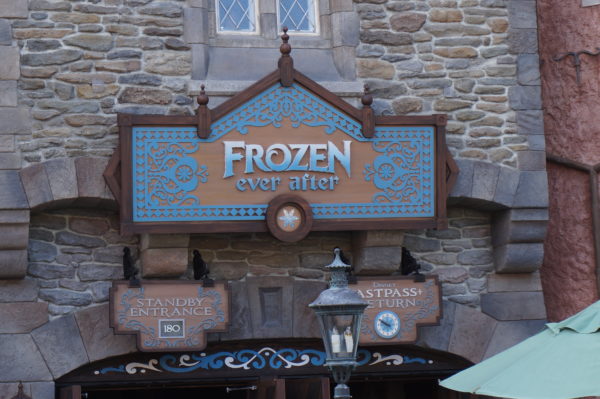 When Frozen hit theaters in 2013, it took the world by storm. It has definitely made its impact on Walt Disney World.

Frozen Ever After opened in Epcot in 2016, and the lines were so long that wait times reach a few hours. Now, Disney is banking on Frozen again ahead of the Disney Animation Featurette “Olaf’s Frozen Adventure,” which will premiere before the November 2017 release of the feature film Coco.

The Frozen Dessert Party will welcome the first guests on July 17th. This party replaces the IllumiNations Sparkling Dessert party, which will end July 14th. It’s part of a collection of magical extras available at Disney World to make your vacation extra special.

For $79 per adult and $47 per child ages 3 to 9, guests can enjoy a buffet of sweet and savory treats in the World Showcase Plaza east overlooking the World Showcase Lagoon. It’s a perfect spot to watch IllumiNations: Reflections of Earth!

There are also drinks for the whole family. Adults can enjoy beer, wine, pina coladas, margaritas, and a summertime punch made of prickly pear syrup, vodka, lemonade and ginger ale while the kids sip on melted snow and cotton candy lemonade.

This tasty, fun evening, which offers a similar menu to the Frozen Dessert party offered in Disney’s Hollywood Studios a few years ago, will start an hour before IllumiNations. After you enjoy the fireworks in VIP style, you’ll be escorted to the Norway pavilion where you’ll ride Frozen Ever After with virtually no wait.