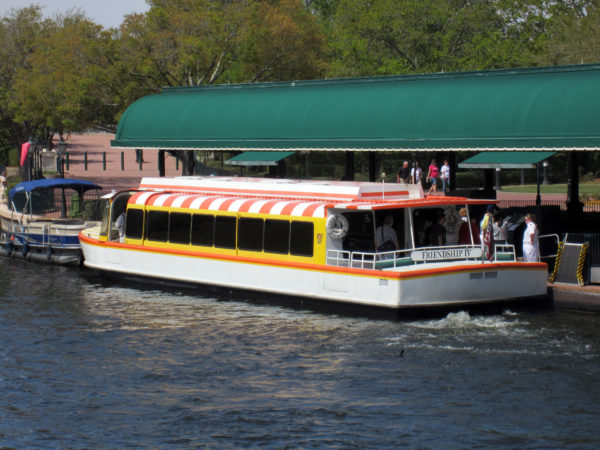 Friendship IV 4 at the International Gateway entrance to Epcot

Disney World provides many different kinds of transportation to accommodate guests traveling from Disney Resort Hotels to the theme parks and other entertainment areas around the resort.

The long-awaited Disney Skyliner will arrive in Fall 2019 and will be similar to former service which transported guests within Magic Kingdom between Tomorrowland and Fantasyland.

The boats will still travel between the resorts and Disney’s Hollywood Studios, and bus service to and from Epcot will be available in the meantime.

Disney provided an update that the FriendShip boat service to Epcot will continue each day but will stop at 9:30 PM through late December.

DIsney will provide bus service to and from Epcot when the FriendShip boat is not running. The walkway will remain open.

Skyliner: Worth all the interruptions?