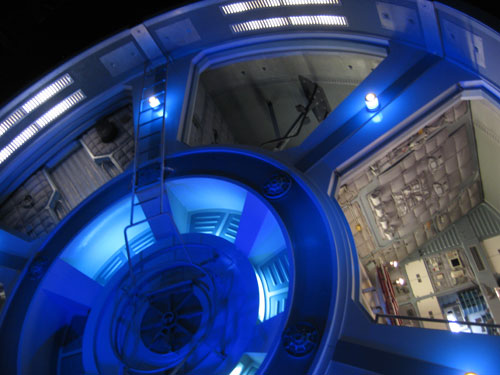 “Disneyland is like a piece of clay, if there is something I don’t like, I’m not stuck with it. I can reshape and revamp.” – Walt Disney

Much like Disneyland, Walt Disney World will never be completed. The parks are always in a constant state of change, and that is exactly how Walt Disney wanted his parks to be.

It seems like every year the parks lose “someone’s favorite attraction” and replace it with something new, bigger, or even better. Oftentimes when older attractions are removed, however, a small part of them actually remains in the new attraction that takes it’s place.

Disney’s Imagineers are fantastic at inserting little nods to experiences past in their newly designed attractions. Let’s take a look at 5 Tributes Hidden in Walt Disney World’s Attractions.

When Mr. Toad’s Wild Ride closed in the Magic Kingdom in September of 1998, there were a lot of disappointed Disney fans out there. Before the official closing there were sit-ins by Toad fans (called “Toad-Ins” by the groups themselves) who were hoping to save the original Magic Kingdom attraction. Unfortunately for them, the protests weren’t ultimately successful and The Many Adventures of Winnie the Pooh opened up on that spot in June of 1999.

Mr. Toad still lives on in the current attraction, though, so please don’t be too upset for him! While on the attraction, as soon as you enter Owl’s house, take a look to your immediate left. There is a picture on the wall of Mr. Toad handing over the deed to the property to Owl!

When the popular but expensive and hard to maintain attraction 20,000 Leagues Under the Sea went down for unannounced maintenance on September 5, 1994, Disney fans assumed they would be able to experience the undersea adventures again in the not so distant future. Well, a month turned into a year, and then two years, with the subs sitting out in the Florida sun and nothing happening.

Eventually, in 1996, Disney announced that the attraction was closed permanently and the lagoon was filled in with dirt and concrete. In it’s place was installed a temporary Winnie the Pooh children’s play area, including the famous yellow bear’s tree home.

Wouldn’t you know it that inside that tree the Disney Imagineers carved a tiny Nautilus submarine as a tribute to the old attraction? Even after the tree was moved to it’s current spot in front of the Pooh attraction, the tree remained. You can still check it out today (although you might have to crawl to get inside!)

Horizons is the one extinct Epcot attraction that many true Disney parks fans want back (even more than the recently shuttered Maelstrom). The ride was way ahead of it’s time when it debuted and the “choose your own ending” finale gave the attraction one of Disney’s first truly interactive on-ride experiences. Of course, nothing in Walt Disney World is forever (except maybe Dole Whips) and Horizons closed for good in January of 1999.

There are a few tributes to Horizons throughout Mission: Space, with the most obvious one located on the huge gravity wheel that rotates in the queue of the attraction. Right smack dab in the middle of that wheel is the old Horizons logo!

An original, opening day attraction, Snow White’s Scary Adventures delighted (and legitimately frightened) park guests from 1971 until it was closed permanently in May of 2012. The attraction was removed as part of the New Fantasyland construction in the Magic Kingdom and was replaced by , a meet & greet location where guests can now meet princess like Anna and Elsa, Rapunzel, and Cinderella (although Snow White has met guests here before, she is currently not a regular princess in this location).

There is, of course, a nod to the previous tenant in the vicinity, however, as inside the meet and greet area is a collection of books arranged on a table. One book is open so guests can have a quick look. That book, of course, is Snow White and the Seven Dwarfs.

Bonus Secret: Most of the audio-animatronic figures seen in the cottage scene at the end of Seven Dwarfs Mine Train at the Magic Kingdom are recycled from the demolished Snow White’s Scary Adventures attraction!

Gone, But Not Forgotten

I, for one, still miss some of these shuttered attractions but I admire the Disney company and the Imagineers for doing what Walt Disney always wanted to do, and that’s to keep moving forward. Times change, technology changes, and some attractions simply have to be replaced to keep up. I enjoy the tributes that are left of our favorite old attractions though and I hope Imagineering continues the tradition of honoring our favorite attractions of the past.

Do you enjoy seeing tributes to lost attractions?