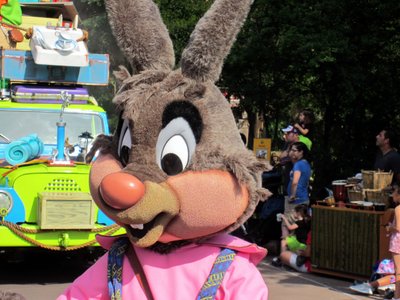 Four Reasons Why The Disney Company Is A Profit Winner

If you are reading this article, it probably means you are a Disney fan. You like the parks and the fun. And in order for that fun to continue, like it or not, we need the Disney Company to be successful not just in generating fun and memories, but also in generating sales and profits. It is the only way that the fun will continue.

If you don’t think that’s important, it is important to remember that, as an organization, over the years Disney had several near-death experiences where bankruptcy or break up was a very real possibility. And that could have easily meant the end of Disney fun as we know it – or at least a slow-down in progress.

The good news is that these days Disney is doing very well as a business. Let’s look at some of the reasons why:

Over the years Disney has created, acquired, and grew many of the leading brands in the family entertainment industry, including ABC, The Disney Channel, ESPN, Pixar, Marvel, LucasFilm. It uses the brands to create characters, movies, games, web sites, television shows, and theme park attractions on a scale and quality level that is unrivaled.

The general public loves what Disney produces, at least as indicated by how they spend their money and their time. The Disney Channel is the number one television network for tweens. EPSN is the clear leader in sport programming. Disney parks fill the top slots for the most popular theme parks in the world. Movies such as Toy Story and The Avengers have generated hundreds of millions of dollars in revenues.

In the case of Disney, the sum of the parts truly is great than the whole. Disney is expert at marketing its products, and getting the most from them through (corporate buzzword alert) synergy. A movie character (Buzz Lightyear) draws huge crowds into the movies, spawns a theme park ride (Buzz Lightyear’s Space Ranger Spin), and continues to bring in money through licensing deals for toys. And all those toys make the world’s kids more excited for the next move, the next theme park attraction, etc. It’s a beautiful cycle that feeds itself – and grows and grows.

None of these amazing accomplishment happen without work by great employees, and especially great leaders. Love him or hate him, Michael Eisner is generally credited with saving the company from a corporate break up and growing it through new movies and new theme parks. And the current leader, Bob Iger, has built on Disney’s strengths by making deal after deal to add brands like Pixar, Marvel, and LucasFilm to the Disney family. These are organizations that are generating more great products and continue to earn huge sums of money from both new products as well as their past work.

It’s a great time to be a Disney fan and enjoy all that Disney has to offer. Of course, all this doesn’t necessarily mean you should run out and buy shares of Disney stock, but it does mean that you can – hopefully – look forward to many more years of enjoying the fun that Disney creates.