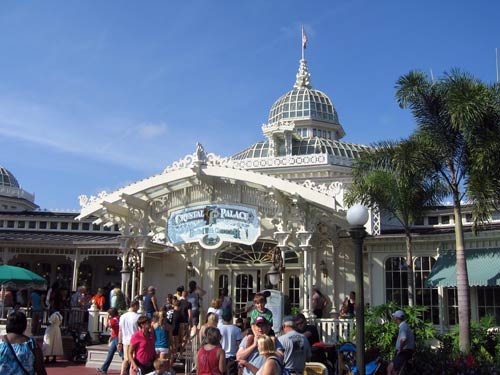 Character meals, while expensive, can give you a lot of bang for the buck. They offer you a chance to enjoy a big meal and spend lots of time with Disney characters without spending a lot of time waiting in line for the experience.

You might be surprised to learn that Disney offers more than a dozen different character meal options. Here is just a sampling:

At the Magic Kingdom you have the Crystal Palace and Cinderella’s Royal Table inside Cinderella Castle.

At Epcot you have the Garden Grill in The Land pavilion and Princess Storybook Dining at Akershus in the Norway pavilion.

At Disney’s Hollywood Studios you have Hollywood and Vine.

At Disney’s Animal Kingdom you have Tusker House Restaurant.

That makes for a lot of choices. While you are sure to have a good time at any Disney character meal, certain locations have become especially popular – perhaps due to their special location, the characters, or the food.

Let’s take a look at four of the most popular Disney World character meal locations, and what makes each so popular:

While the food normally gets just good reviews at this breakfast extravaganza, Chef Mickey’s is traditionally one of the popular character meals experiences on all Disney property. It might be the fact that you get to see all Fab Five characters (Mickey, Minnie, Donald, Pluto, and Goofy). It might be the fact that you can ride the monorail to get to the resort. Or it might be the fact that you are just steps away from the Magic Kingdom, so after you are finished with your buffet meal you will have plenty of energy to enjoy the park. Also, since this dining location doesn’t require admission to a park, it’s a good option when you are taking a day away from the parks – maybe to wander around Disney Springs or explore the other resort hotels. Whatever the magic that makes this meal special, this is consistently one of the most popular character meals.

The character meal tends to get kudos for the excellent quality of food and service. You also get a chance to see Winnie the Pooh, Tigger, and Mary Poppins.

3 – The Garden Grill In The Land Pavilion

Many folks don’t think about character meals when they think about Epcot, but The Land pavilion hosts one of the more popular meals on Disney property. The Garden Grill restaurant slowly rotates, giving you views into the Living with the Land boat ride below. The food and service gets great reviews. Instead of open tables, the restaurant seating is in high-back booths – which make the visit by a character a bit more of a surprise since you can’t so easily see them coming. You will get a chance to rub elbows with Chip and Dale as well as farmer Mickey Mouse.

4 – The Crystal Palace In The Magic Kingdom

The Crystal Palace is a charming Victorian showplace, located just a stone’s throw from Cinderella Castle on Main Street USA near the entrance to Adventureland (but please don’t throw any stones in a place that has the word “crystal” in the name). Here you have a chance to meet Winnie the Pooh, Tigger, Piglet, and Eeyore. You can also book a reservation time for just before when the Magic Kingdom opens, which allows you to wander down a nearly empty Main Street USA – giving you a great opportunity for photographs. The food gets great reviews and includes made to order omelets, salmon, pastries, and plenty of fruit.

A Tip For Getting In

If you want get into any of these wildly popular experiences, be sure to call in for reservations as early as possible. How far in advance can you make your reservation? Typically you can reserve 180 days before the day of your arrival. Note that is day of arrival, not day of the reservation. So, if you are arriving on June 1 and want the character meal for June 4, plan to call early on the morning 180 days before June 1 (not June 4) to make your reservation. The longer your vacation, and therefore the longer the time you can put between the start of your vacation and the character meal itself, the better chance you have of getting a reservations. Many of these character meal experiences completely book up 180 days in advance – so you need every trick you can use to get in.

A Tip On Timing

If you aren’t in a rush, consider booking the last reservation time available for your particular meal – say 10:30 for a breakfast. The restaurant will clear out from the early birds, and you will have much more personal time with the characters. Fortunately Disney cast members will not push you out or make you feel as if you are overstaying your welcome.

Do you like Disney Character meals?  What is your favorite?