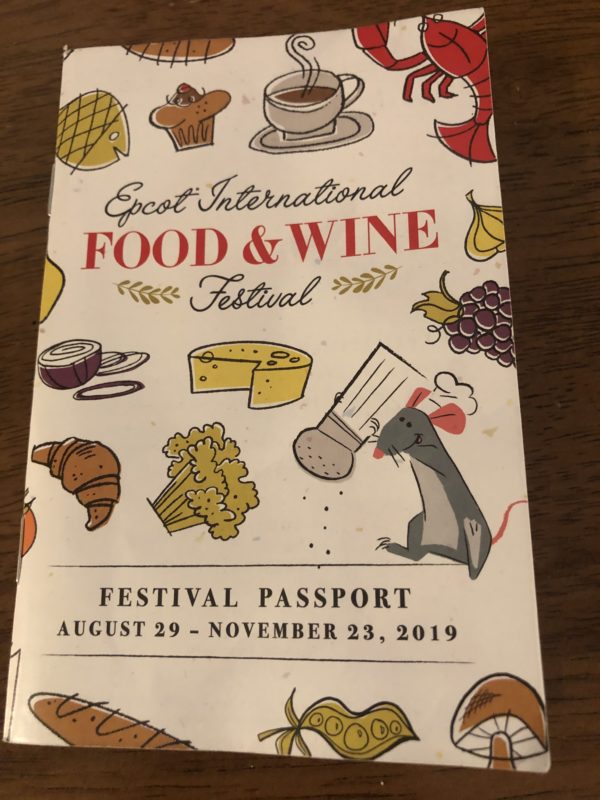 Epcot Food and Wine Festival Cheese Crawl: How To Get Free Cheesecake

For quite some time, guests enjoyed their own “crawls” including a monorail crawl. In recent years, Disney has gotten into the game by creating official crawls.

One such crawl is the new Epcot Food and Wine Festival cheese crawl formerly known as Emile’s Fromage Montage. This is very similar to the Epcot Festival of the Holidays Cookie Stroll, which was introduced last year.

First, grab your free Festival Passport. This small book, about the size of a passport, is your guide to the festival! Inside, you’ll find information about each festival stop and some fun extras.

On pages 39 to 41, you’ll find five cheese dishes and their locations included in Emile’s Fromage Montage along with six empty circles.

The five dishes include the Impossible Cottage Pie at Earth Eats located behind (the former) Club Cool in Future World, Black Pepper Boursin Souffle with Fit Marmalade at The Cheese Studio located on the pathway from Future World to World Showcase, Warm Raclette Swiss Cheese at The Alps across from Norway, Schinkennudeln in Germany, and Pão de Queijo (“cheese bread”) at the Brazil kiosk located between Morocco and France. Each of these dishes is around $5 and counts as a Snack Credit on the Disney Dining Plan.

So if there are five dishes, why are there six circles? Because once you finish the crawl, you get a complimentary cheesecake!

Yup.  After you collect all your stamps, head over to Shimmering Sips Mimosa Bar near the Port of Entry at the International Gateway and show the Cast Member your completed crawl page. They’ll give you the cheesecake and your final stamp.

The cheesecake is pretty small, but it’s a bit more than bite-sized. It has pineapple and coconut flavors and is topped with a piece of white chocolate.

Interested in the Epcot Cheese Crawl and a free cheesecake?