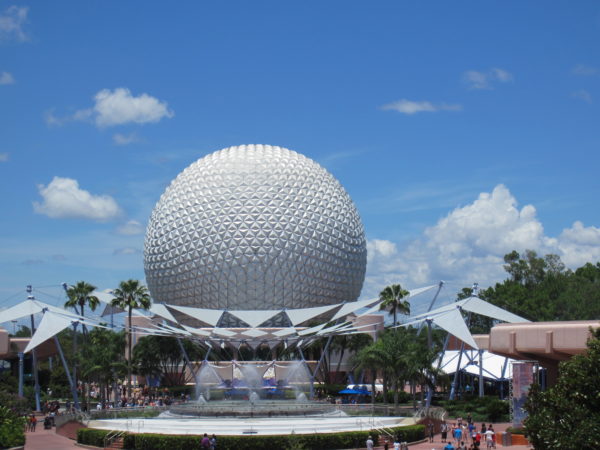 Spaceship Earth beyond the fountains as seen from the monorail

Florida Governor Ron DeSantis has asked the Re-Open Florida Task Force to come up with a timeline and approach for the reopening of Florida tourist attractions, including theme parks like Walt Disney World.

Reports say that the task force is considering these topics:

A task force will meet Wednesday, and will likely follow a gradual reopening approach.

The governor has asked for recommendations by Friday.

The Coronavirus shutdown has devastated the Florida tourism industry.  The revenue of Florida hotels has dropped by an eye-popping $1.6 billion over the past month and a half.

Financial analysts have differing opinions on an opening timeline.

On the other hand, Alexia Quadrani, with J.P. Morgan, thinks the parks could open as soon as early June.

When Will Disney World Reopen?

At this point, we just don’t know.  The latest official announcement from Disney is that the parks are closed indefinitely.  Disney has not provided an opening date for the parks, but they are accepting hotel reservations for arrivals on June 1 and beyond.

That said, it is encouraging that the discussions have turned to the details on when operations will begin again.