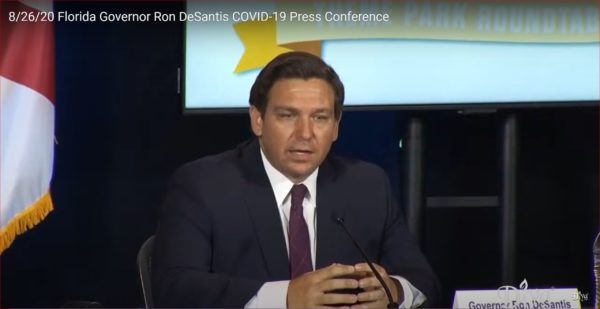 On August 26, Florida Governor Ron DeSantis held a roundtable meeting titled “One Goal, One Florida” on the grounds of the Universal Orlando Resort.

During the meeting, DeSantis said that the government of the state of Florida was comfortable with expanding the guest capacity of theme parks in Central Florida, including both Universal Orlando and Walt Disney World.

The Florida Governor mentioned that the park safety protocols are working well and that other regions of the world, such as Europe and Asia, recommend social distancing of fewer than 6 feet, which is the common recommendation in the US.

Officials from both Walt Disney World Resort and Universal Orlando Resort spoke, but neither organization announced any changes to their capacity plans.

You can watch the full video here.  Note that the audio does not come on initially, but it does kick in after a few minutes.