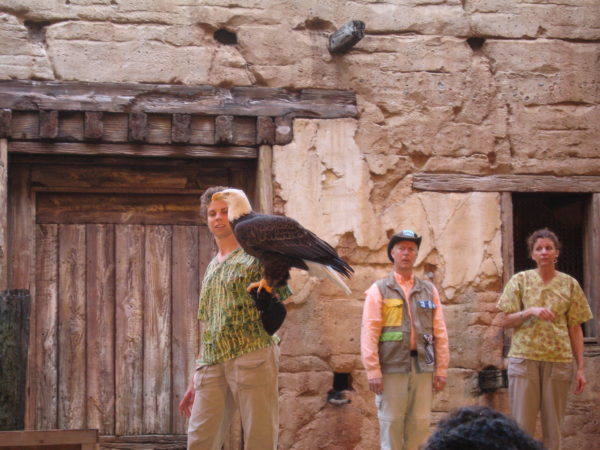 Bald Eagel in Flights of Wonder

Flights of Wonder Replaced with Up

Flights of Wonder debuted in 1998, the same year that Disney’s Animal Kingdom opened. The show, which tells the story of an Anandapur bird researcher who educates a tour guide about conservation efforts, is entertaining (and yes, a little cheesy).

The show included 20 species of birds and was both fun and educational.

The show has run for 20 years now, but it seems it is time for a refresh.

The replacement show will feature characters from the 2009 hit animated film, Up, which follows a widower, a young boy, and a dog named Dug to South America on quite an adventure.

The new show will still feature birds, who will play an integral part in the show.  The show will continue to take place in the Caravan Theater in Anandapur Village, where Flights of Wonder will perform its last show on December 31st, 2017.

The new show, which has no name or premier date yet, will involve Russel and his dog Dug as they discover new species of birds from around the world. Russel might even be working towards a Wilderness Explorer patch!

An Up-themed attraction already exists in Animal Kingdom where guests can earn badges by completing activities throughout the park. Perhaps this new show will add a new badge that can be completed!

Flights of Wonder gets an “Up” makeover:  Good idea?