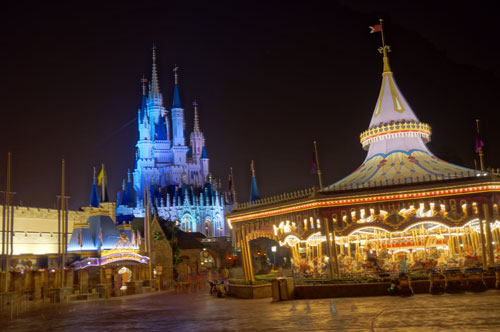 Do you enjoy reading about Disney history, trivia, and inside stories?  I’ve got a treat for you!

Walt Disney’s dream project, Disneyland, opened on July 17, 1955. The park tickets worked very differently back then where a guest would purchase one ticket to get into the park, then ticket books in order to ride Disneyland’s attractions. Admission tickets on opening day only cost $1.

A very special individual bought the first ever Disneyland admission ticket. Walt’s older brother and longtime business partner, Roy O. Disney, actually purchased the first admission ticket to the park. This ticket was on display at the D23 Expo in August of 2016, where guests were able to take pictures of this priceless piece of Disneyland history. 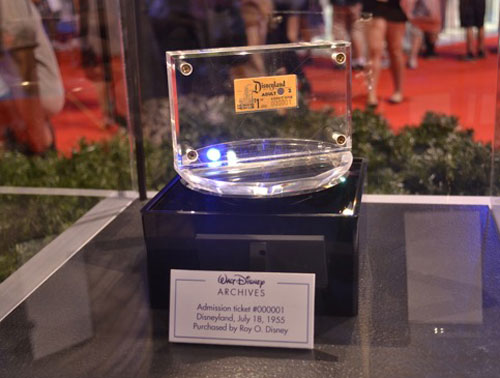 The Oldest Attraction in the Magic Kingdom

When the Magic Kingdom had it’s Opening Day on October 1, 1971, guests were able to experience fifteen attractions.

While almost all of the attractions being experienced for the first time by guests that day, one attraction had actually entertained it’s first guest decades earlier! As a matter of fact, this particular attraction had been entertaining guests for more than 50 years before the Magic Kingdom ever opened! That’s right!

Prince Charming’s Regal Carousel was actually built by the Philadelphia Toboggan Company in 1917 and operated in a few locations before the Walt Disney Company purchased it from Olympic Park in Irvington, New Jersey. The carousel was taken apart, completely restored, and installed in it’s iconic location in the Magic Kingdom where it still entertains children and adults alike today!

The park isn’t 50 years old, but the carousel is nearly 100 years old.

Harry Potter (not Disney, but bear with me!) uses an invisibility cloak in order for him to stay out of sight in places where he shouldn’t be seen. Well, did you know that the Disney Imagineers have their own way of “cloaking” things that they don’t want guests to see? The Imagineers invented a paint color that they call “Go-Away Green” that is used on virtually everything that isn’t instrumental to the story Disney is trying to tell. This particular shade of green is a color combination that is a tightly-guarded Disney secret but it’s used on buildings, trash cans, fences, and anything else the Imagineers would like to fade into the background. The color blends so well with the landscaping and blue (and sometimes gray) sky that it makes things covered in it not quite invisible but very easy to ignore.

If you’ve ever been to Disney’s water parks, you’ve experienced the giant wave pools that are extremely popular among guests. You may have even taken a surfing lesson or two over at Disney’s Typhoon Lagoon.

Could you imagine actually learning to surf on the “ocean” waves of the Seven Seas Lagoon at Disney’s Polynesian Village Resort? When Walt Disney World was being constructed between 1969 -1971, Dick Nunis, the Vice President of Operations in Disneyland and the new park, decided that he wanted guests to have the ability to enjoy an ocean-like experience at the Polynesian. He felt like Disney would be in competition with the Atlantic Ocean to the East and the Gulf of Mexico to the West and believed wholeheartedly that Walt Disney World would be the “Vacation Capital of the World.” Nunis campaigned so hard for the wave machine to be installed that eventually he got the approval of Roy O. Disney, Walt Disney’s older brother, and the wave machine was built and installed.

As the story goes, the machine initially worked very well and WDW’s cast members had the chance to rides some big waves onto the Polynesian’s beach in September of 1971. Unfortunately for guests, however, the machine was shut down before most people ever got a chance to enjoy the waves.

There are several stories out there explaining why the machine was powered down: it broke down often and needed a large maintenance crew to fix, it worked too well and the beaches at the resorts were quickly eroding, or the waves made navigating the Seven Seas Lagoon choppy and dangerous for watercraft. Whatever the reason, it has been shut down permanently but still resides, rusting and corroding away, at the bottom of the lagoon. 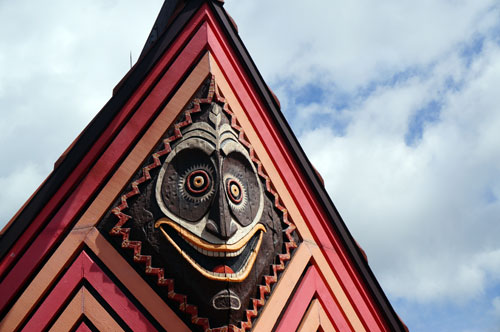 Have you heard about the Polynesian wave machine?

Oswald the Lucky Rabbit was Walt Disney’s first big hit in the animation department when he debuted in Trolley Troubles in 1927. Unfortunately for Walt, he did not own the rights to Oswald and lost him to producer Charles Mintz in the Spring of 1928. Walt Disney landed on his feet, of course, and went on to build an entertainment empire that remains unrivaled in the world.

Charles Mintz continued to make Oswald cartoons until his popularity waned in 1943, and Oswald was put out to pasture by Mintz and his company.

Fast forward to 2003: Disney COO Bob Iger was approached by a video game developer who wished to make a game featuring Oswald the Lucky Lucky Rabbit. Iger became convinced that he needed to bring Walt Disney’s creation back into the Disney fold and started looking at ways to do just that.

Eventually, in 2006, a deal was reached between the Disney company and NBC Universal, and much like professional sports, a trade was made. Disney re-acquired the rights to Oswald after almost 80 years without him, and NBC Universal acquired the talent of Sunday Night Football announcer Al Michaels. So, in reality, Al Michaels was traded for a rabbit! 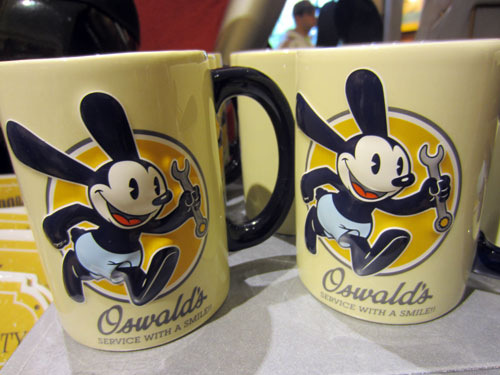 Okay, so is your mind now blown?! I hope you enjoyed reading this list as much as I enjoyed writing it! The Disney company is chock full of amazing stories like these and if you “dig a little deeper” you can find tons of great information about the people, places, and creations that made Disney what it is today. If you have a favorite Disney story that I didn’t mention here, I’d love to hear it! Please email me at phil@eartotheretravel.com with any stories or feedback!

Did you know the oldest attraction in the Magic Kingdom is nearly 100 years old?