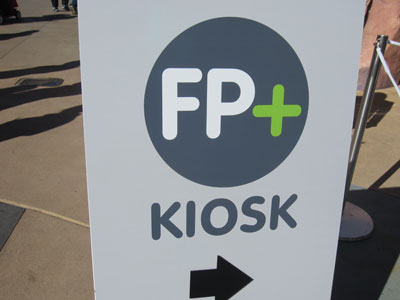 Now that the roll out of FastPass+ is in full swing, there is something new that you need to know: where to find the FastPass+ kiosks so that you can ask questions, set up your reservations, and make changes.

If you are staying at a Disney Resort Hotel, you can set your three FastPass+ reservations up on the web or on the Disney app before you arrive at the parks.

If you aren’t staying at a Disney Resort Hotel, then you have no choice but to visit one of these kiosk locations.

However, FastPass+ is still in a testing phase. This means that, sometimes, things don’t work quite right, and you need to talk to a real human.

Although Disney calls these “kiosk” locations, and technically there are some kiosks around, this is really a place to meet a real human Disney Cast Member equipped with a fancy iPad who will help you get your reservations in order. I suspect someday that Disney will have plenty of technology available for all guests to use directly, but right now the process is very manual and involves guests making their selections from a sheet of paper and then having the Cast Member enter the selections from the paper into their iPad. After that, the Cast Member can write down your reservations, or you can take a photo of the Cast Member’s iPad. If you are lucky, the reservations will also show up on your smart phone if you have the Disney app installed, configured, and linked correctly.

Given the current state of FastPass+, you will want to know where you can get FastPass+ help. You will find it at these Magic Kingdom Locations:

5 – Near the Diamond Horseshoe Inn – Frontierland

These were the officially marked locations for FastPass+ help when I visited recently. That doesn’t mean they are the only locations, or that they are the permanent locations.

As I walked around, I would occasionally see a Cast Member with a FastPass+ iPad standing out on their own ready to help. I also saw that Disney had turned the old FastPass distribution area near Space Mountain into a make-shift FastPass+ help center, complete with plenty of Cast Members holding their iPads and dutifully helping guests. Heritage House in Liberty Square was also handling FastPass+.

Do you like getting help from a human for FastPass+?